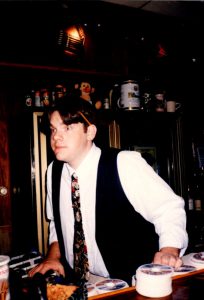 opened until closing time.  When I would have to leave to do the banking or TWWNCNBUIP would take off for St. Vincent’s to pick up our twelve year old kitchen manager / youthful bartender after school, we had no way to communicate with each other until we returned to the Duck.

Yes, of course there were pay phones for the errand runner but the one stuck at the Duck would just have to wait for the other to return to relay whatever important message had to be relayed.  Many times an errand would no sooner be completed than another had to be run because we were out of milk, or bread, or quarters. You get the drift.

Sometime in the late eighties, “Paw” aka The Guv’nor aka George Crowder (owner of the Red Lion on South Main Street and our mentor) purchased this crazy fairly new invention called a mobile phone. 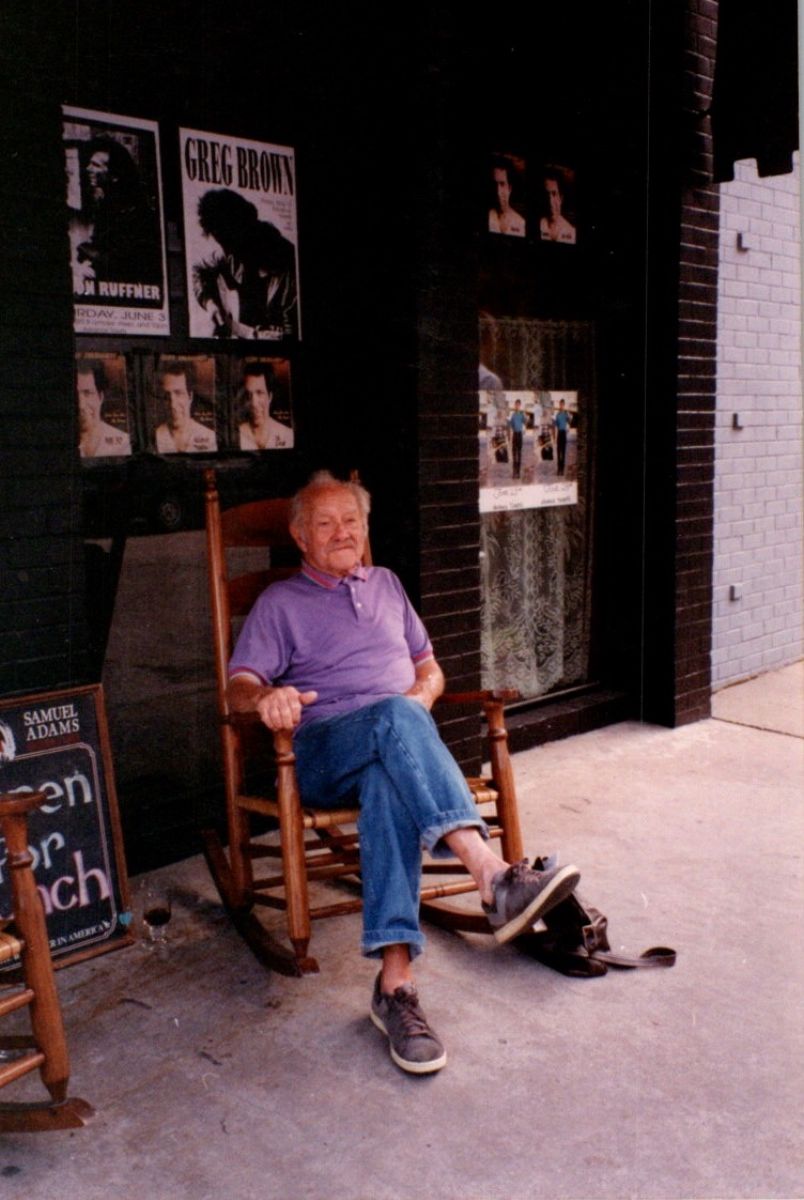 was amazing. He could call from the car, or the tennis court or wherever and let us know that he was running late or ask if he could bring something when he came home.

What a concept.  Well, right around the end of our first year at the Duck the mobile phone became affordable for the masses.
A monthly payment plan ($29 a month + 29 cents a minute) enabled us to get our very own two pound brick phone and a whole new world opened up for us.

We could actually leave the Duck and know that we were but a phone call away if needed. 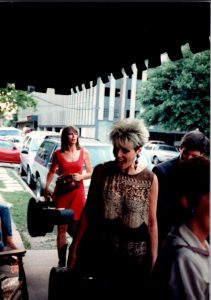 of the Guv’nor’s favorite pastimes after retirement was sitting in his rocking chair bragging on the “kids”
(that would be us) and our amazing accomplishments at the Mucky Duck while greeting our guests and the musicians as they arrived.

now, it’s me that sits out in that rocking chair and as many of you know, there’s a boy in Memphis I’m pretty fond of bragging about.