30 Years…I heard it through the grapevine.

“I heard it through the grapevine” could have been our theme song during the six short weeks that passed from the time we signed our lease until June 1st, our “official” opening day. 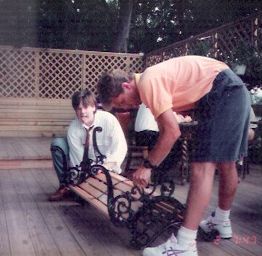 Our new neighbors, CogniSeis and Digicon, heard about the Duck from Barbara who had, just the day before, christened our Harp tap. They  started dropping in during lunch for pints and pies even though we only had a few tables and hardly any chairs. They became our lunch “regulars”  for several years, (until their offices moved away) coming every afternoon. We sure do miss those guys. 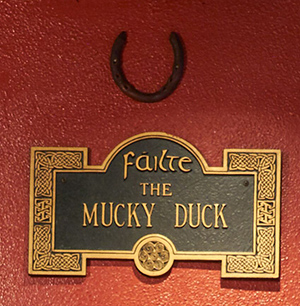 so lucky for us, they included the Duck on the crawl.
What a sight, TWWNCBUIP and I were pouring beers non-stop, Micheal was making sandwiches and Donna was setting out baskets of trail mix while the Rangers were toasting to our future from the still unfinished stage. As they raised their beers high to wish us well, they were careful to avoid the still wet paint on the walls.

During these grapevine moments we were working feverishly to put the finishing touches on the Duck.  Craig and Debbie were knee deep in stain painting the dance floor to look like cobblestones. David was finishing what has been known as the penalty box, the dock or the library.  As soon as Wayne and Darry finished the bar top we started applying one coat after another of poly  (which way back then took hours and hours to dry) hoping the poly would be ready for another coat by the next night. After Carl finished our stage, making sure that there were plenty of extra outlets, he gave us a gift we cherish to this day, the horseshoe over our bar, turned up to hold in all the luck. 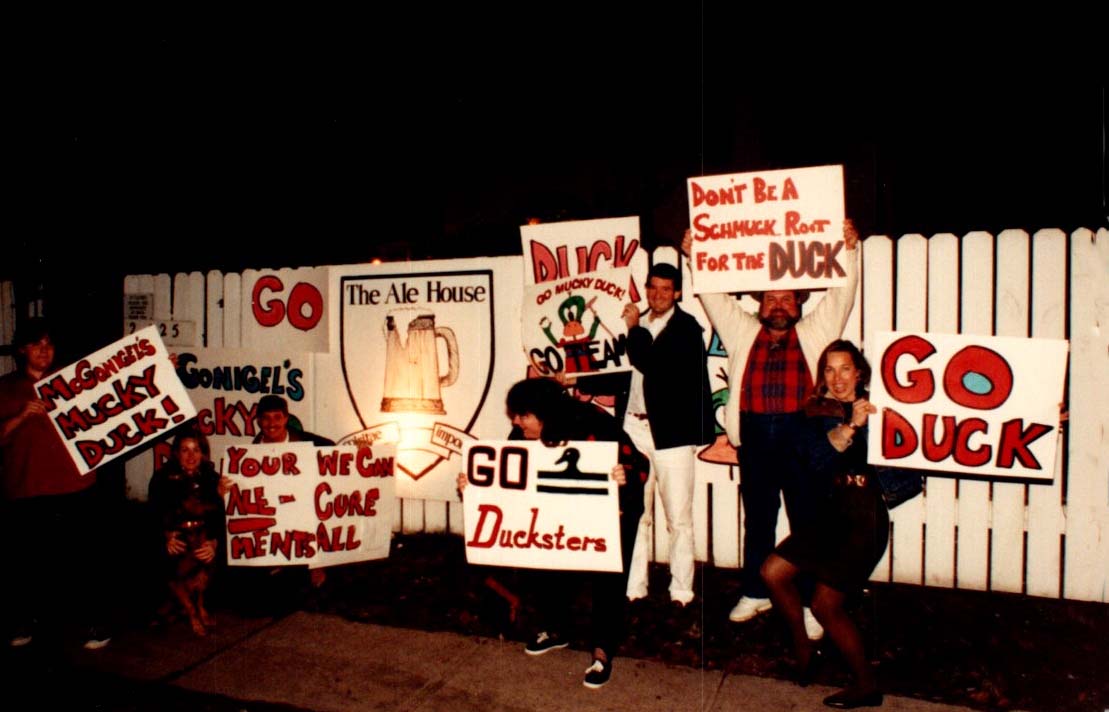 official opening day finally arrived. Shake Russell, Jack Saunders and Dana Cooper performed for our grand opening and set the standard for our shows. The Duck was packed, a capacity crowd. Of course, it was Shake and Dana and Jack.  But, you know what?

we went to pay the band they were not to be found.  We were told later that they wanted us to have the proceeds from the admission to help us get started in the business.
Even now, thirty years later, this brings tears to my eyes.  We will never forget their kindness and generosity.

In a few short months we were lucky enough connect with KPFT Radio and Michael Rex began a Wednesday residency of his New Wood Showcase and began recording these shows of singer-songwriters for broadcast on his radio show. 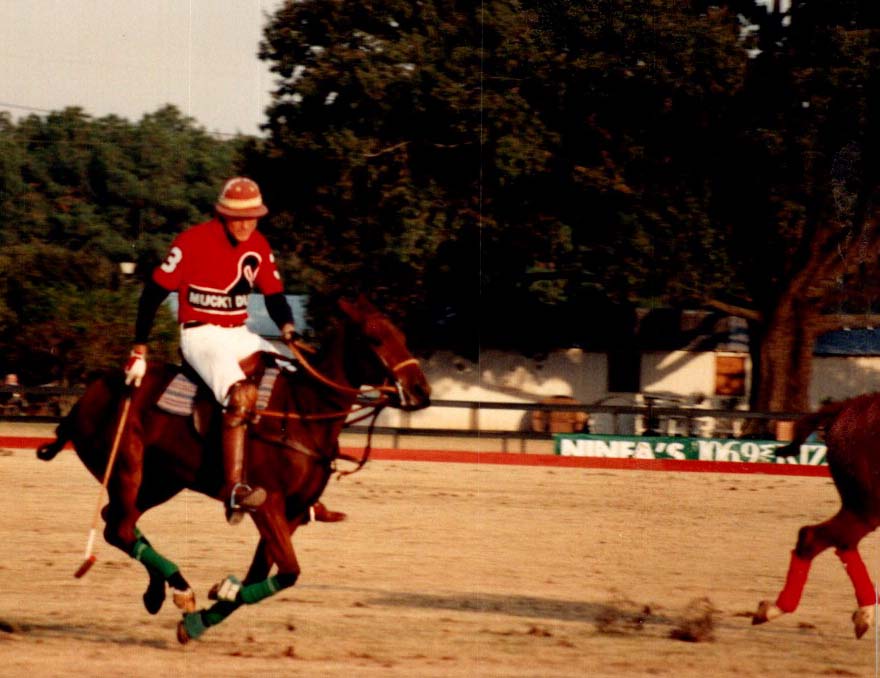 Malloy of Ireland’s premier Irish traditional band The Chieftains heard through our friend,
and theirs, Gary, that a new Irish pub/venue had opened.

Imagine our shock to see the Chieftans walk through our door.  It was pretty cool to hang out with Irish music royalty.  Matt has stopped in many times over the years, whenever the Chieftans were in town.

Did you know that we had a polo team?  Okay, okay, not really. But, we did have a polo team weekend. Mucky Duck vs. the Ale House.  Thanks to John and Debbie Keffer who decided it would be fun to host a Pub weekend at the Polo grounds.  Check out those awesome jerseys folks.

Yes, yes, that is a black swan across that gorgeous red jersey.  And guess what, from the six degrees of separation world, Major Ferguson – Fergie’s (aka Sarah, Duchess of York) dad made a surprise visit with John and Debbie and the entire British Polo Team to enjoy a few pints and darts (in what now is our wine room, but used to be our dart room) after the polo match.