The Glades at Memorial Park 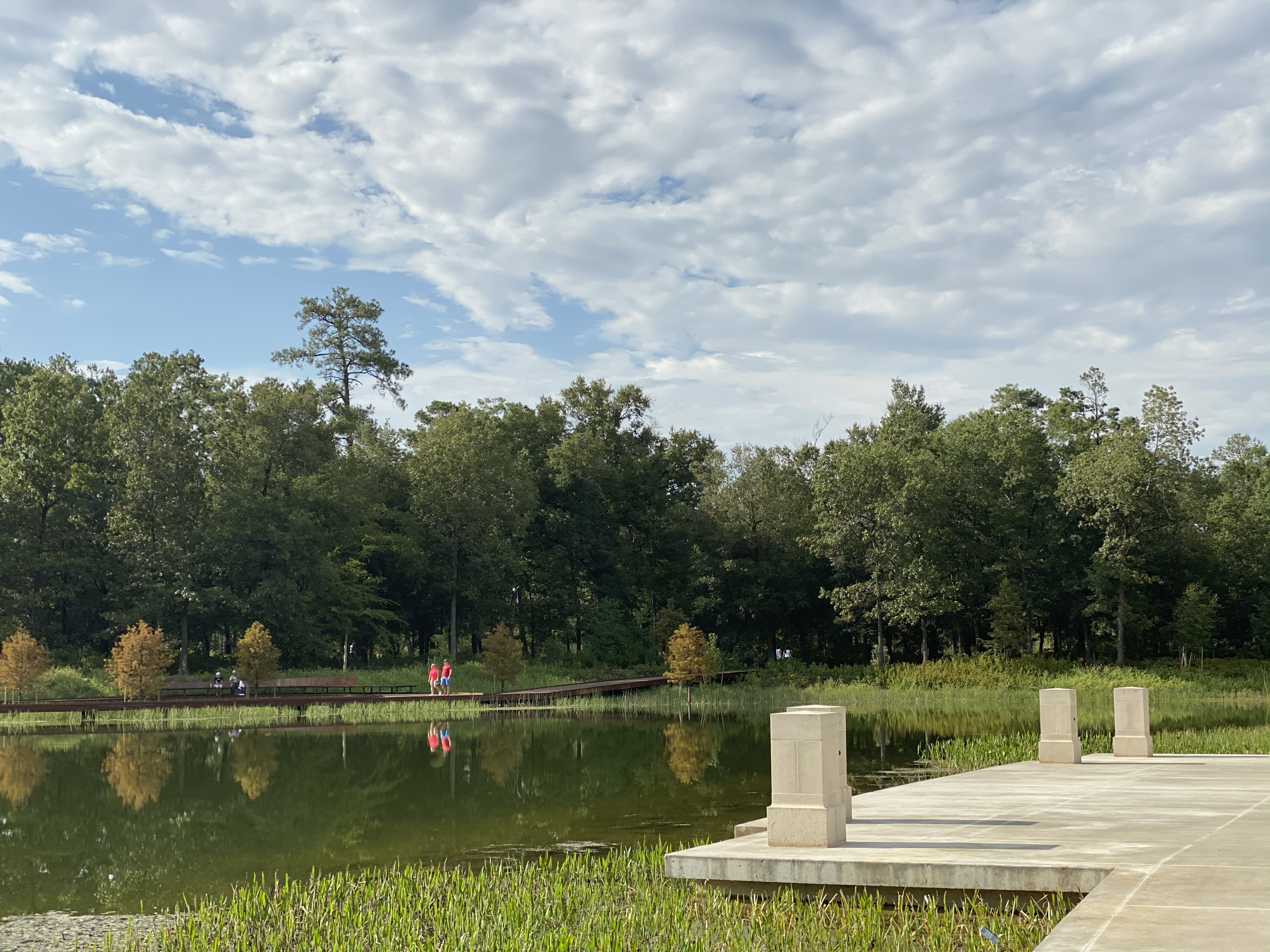 Even though the hotdogs had to be eaten under the shade of an umbrella instead of a shade tree, it’s still nice to have a couple of days to hang out with TWWNCBUIP and black and white dogs.
It wasn’t a totally lazy weekend because I did get a couple of chores done. 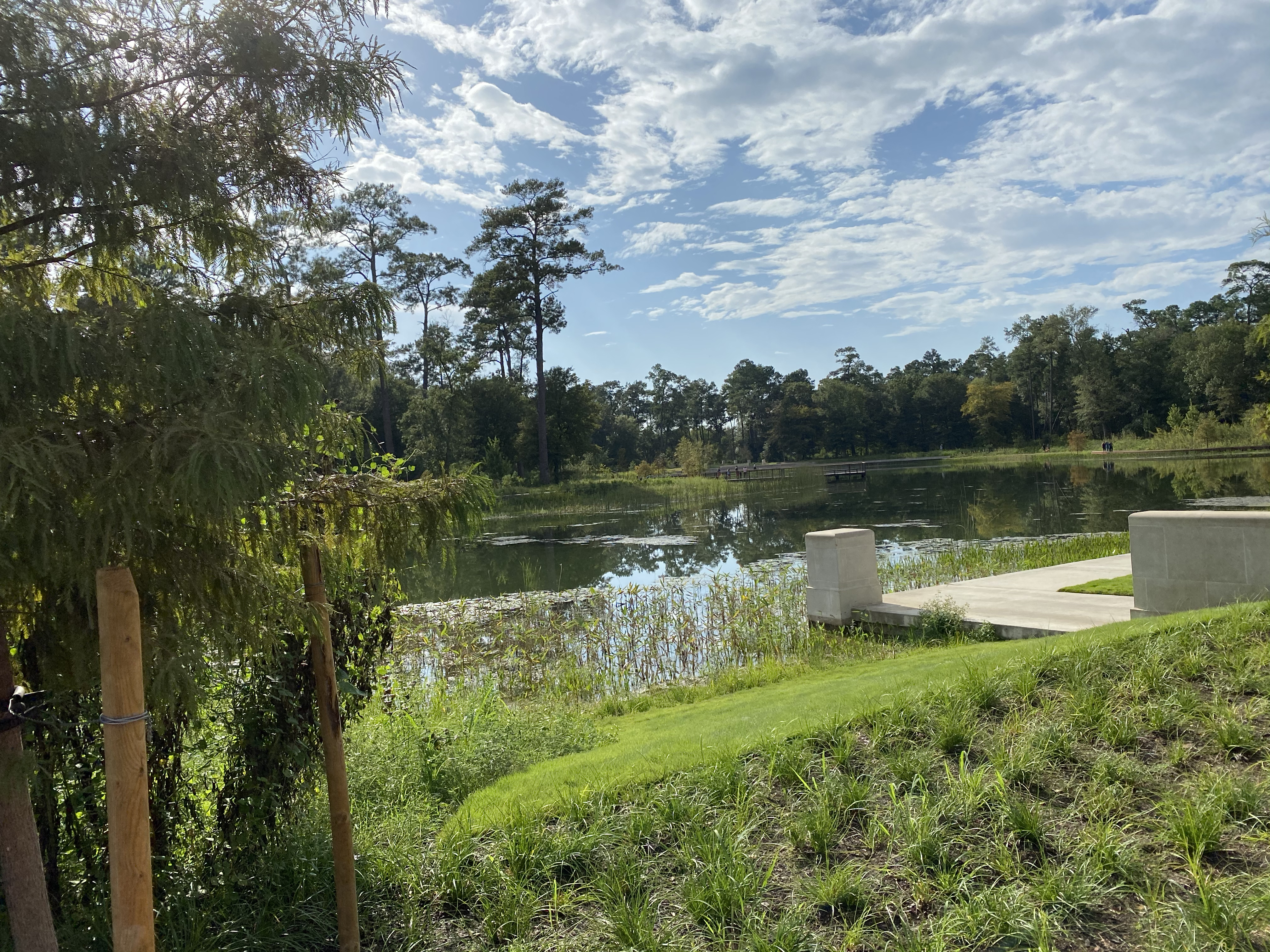 TWWNCBUIP argues that moving my ice cream dish from the bedside stand to the sink in the kitchen cannot be considered a real chore but I disagree. Those dishes were not going to move themselves. And the dogs had to go out to take care of their doodling and we don’t have doggie doors, so someone had to make the backyard accessible. Surely that could be considered a chore. 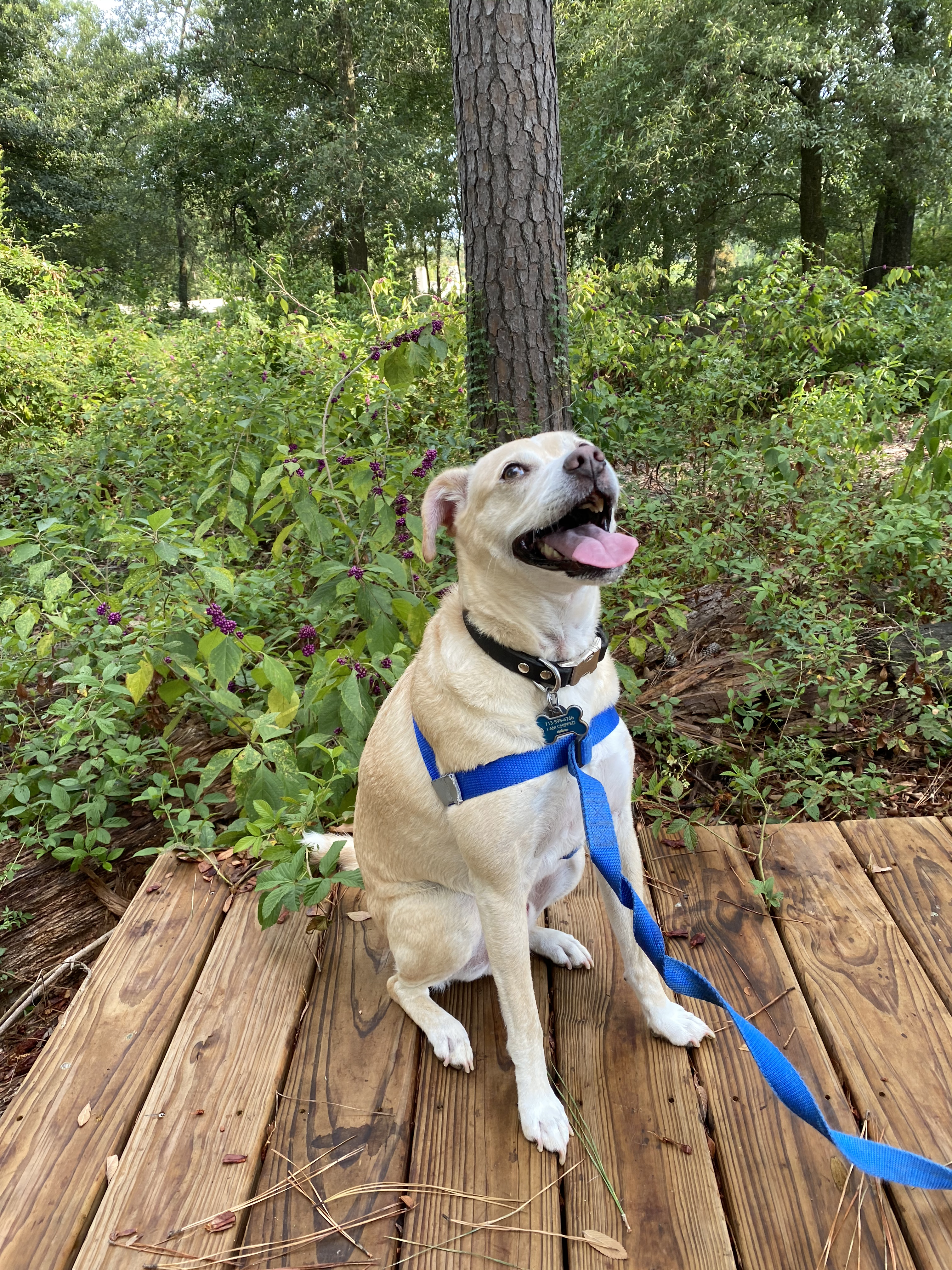 After the rain ended today, I couldn’t resist the dogs staring out at sun breaking through the gray clouds. So we packed them up and went to off to see the The Glades at Memorial Park. My favorite part was the raised wooden sidewalk winding through the wooded area. Even though we had just had a torrential downpour an hour before,  we were able to walk through the woods without getting bogged down in mud. Modern day hiking made for old guys like me.  Linc and Lola had a high old time sniffing and exploring and an hour later they were ready to head back home and get ready for their Longmire marathon.  They love Longmire.