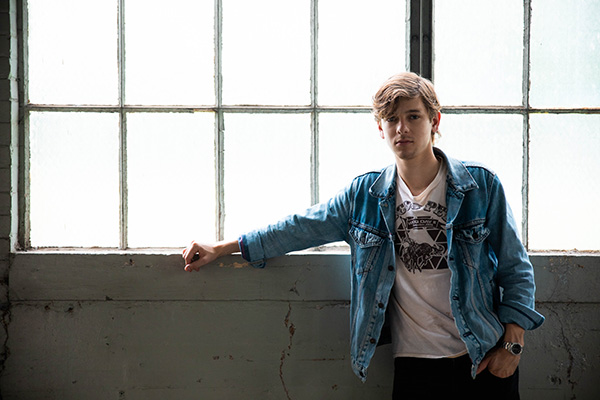 Born and raised in the small border town of Del Rio, TX, William Beckmann spent his formative years with a radio dial dominated by the sounds of northern Mexico. Though he’d eventually gravitate more towards classic country and American roots, Beckmann’s early immersion in mariachi and Norteño music left an indelible mark, one that would help shape his distinctive style and guide him on his path to becoming one of the most promising young voices in country music today.

“My family has Mexican heritage on both sides,” Beckmann explains, “so speaking Spanish around the house was a regular occurrence. When I started learning how to play guitar, I was just naturally singing in Spanish as much as I was in English.” While Beckmann still slips a bilingual moment or two into his live shows, these days he primarily delivers his evocative, literate tunes in the plainspoken English of Townes Van Zandt or fellow Del Rio native Radney Foster, who’s helped mentor him since high school.

Writing with an old soul maturity that belies his youth, Beckmann crafts rich, detailed character studies fueled by loss and longing, intimate portraits of lonely lovers, big dreamers, and hard drinkers. Take a listen to a track like “Bourbon Whiskey,” which Beckmann wrote at just 19, and it’s easy to see how he’s already managed to land a publishing deal with Warner Chappell alongside tour dates with the likes of Randy Rogers and Wade Bowen.