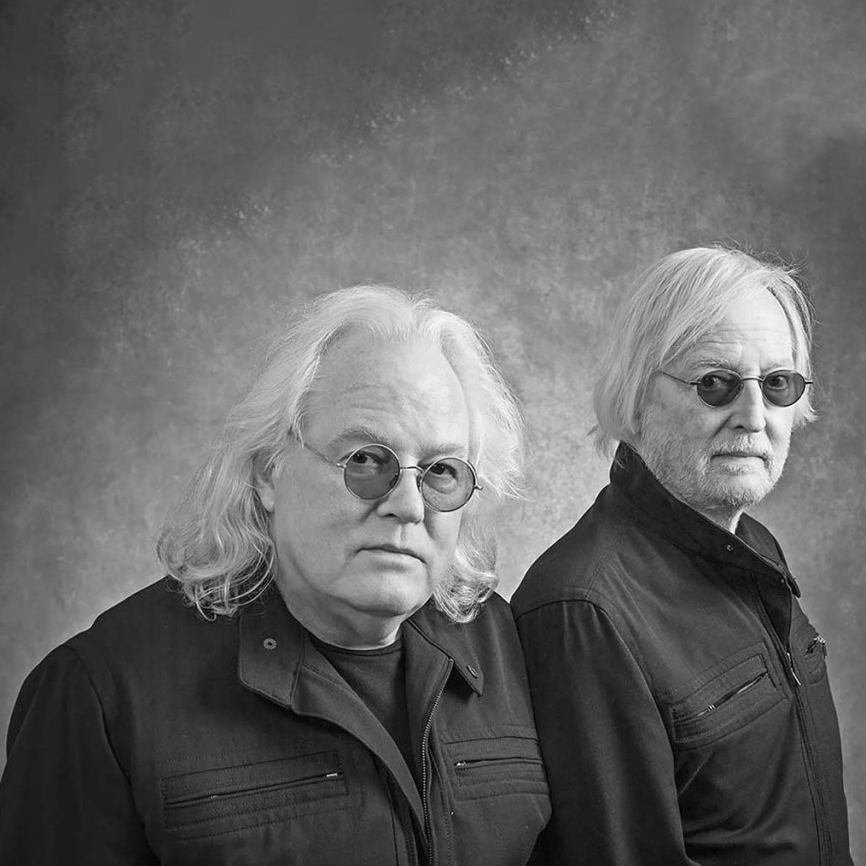 Staehely Brothers and The Flyin’ A’s – this show will also be live-streamed on Facebook and Youtube 7:00pm

Members of the classic rock band, Spirit, The Staehely Brothers (Al and John) are hosting two very diverse shows on the same night for one ticket price.

The first, at 7:00 PM,  a cool collection of Staehely written acoustic numbers- some recorded by Marty Balin, Keith Moon, Bobbie Gentry, John Cippolina, Nick Gravenites, Patti Dahlstrom, Peter Cox of Go West and up and coming blues sensation, Annika Chambers – others recorded by Al and John when they left Austin in ’71 to join the legendary West Coast group, Spirit.

Also featured will be songs from the the Staehely Brothers Epic Records release, Al’s solo recordings on Polygram and SteadyBoy Records, as well as new songs- some influenced by Al’s travels to Brazil.  John’s guitar work makes clear why Robert Palmer, Bob Dylan, John Hiatt and Jo Jo Gunne chose him as their guitar slinger.  Sitting in with the brothers is Evelyn Rubio, the beautiful and uniquely talented singer and sax player from Mexico City.

Al and John will rock the Duck along with Texas Music Hall of Fame drummer, Freddie Steady Krc, and keyboardist Mike Robenbaum with an electric set including songs from their Spirit days like “Nature’s Way”, “I Got a Line on You” and “Cadillac Cowboys”.  The Staehely Brothers are not only contemporary artists but they are also a part of America’s musical heritage.

Merging their Texas style with West Coast rock they took their music on the road headlining Carnegie Hall as Spirit members and touring the U.S., Canada, Australia, Europe and Asia. On November 1st, they bring it all back home to Houston.

Reservations are highly recommended for this two show, one ticket, one night special event.

The husband-and-wife duo of Hilary Claire and Stuart Adamson—better known as The Flyin’ A’s —are on the cusp of releasing their third independent album, You Drive Me Crazy. As a top-shelf complement to the pair’s engaging, fun, contagiously enjoyable live shows, You Drive Me Crazy is right on the money.

Their latest recording project, You Drive Me Crazy, is a collection of diverse, heartfelt songs that borrows from Americana, folk, country and Texas music influences. From the rockabilly ear candy of the opening number, “Little Miss Tumbleweed” to the mournful lament of loss that is the closing “Wild Texas Wind,” Hilary and Stuart mine an array of melody and emotion that form a testament of endurance through the ups and downs life brings. “The songs all have a backbone built on the experiences we’ve faced on both sides of the fence,” Hilary says. To which Stuart adds, “Our music is not just something we create, it’s what we live and breath. Our songs are what get us through the highs and lows that come along with living life to it’s fullest.”

As their profile has grown following their 2011 album ’Til They Shut It Down, The Oakland A’s baseball team attempted to dispute the spirited duo over the “A’s” in their band name . In true Flyin’ A’s style, refusing to give up a name based on their family roots, The Flyin’ A’s stayed strong through the legal battle. Against all odds, winning the right to stay true to their convictions, they are proud to say they fought the good fight against “the big dogs” and won.

“You Drive Me Crazy has a real Austin feel and is a real winner! ….should be a definitive breakthrough album for The Flyin’ A’s.” Fred Schmale, Real Roots Cafe

The players on this album are legendary in the Texas music scene. With Chris Gage producing, engineering and sharing his many instrumental talents all over this album is one of the best he’s produced. In addition you will hear great performances from Lloyd Maines, Glenn Fukunaga, Paul Pearcy, and Will Taylor. The resulting album, You Drive Me Crazy, is their best release yet, with both new Flyin’ A’s fans and longtime followers praising this release before it’s even hit stores and the airwaves!

It all began after their meeting in 2003 at the Kerrville Folk Festival, Stuart enlisted Hilary to serve as a backup singer for his own band. But as her vocal prowess sharpened and grew, she found herself being pressed more and more towards center stage until a true collaboration emerged. The pair married in 2005, and the following year the Flyin’ A’s released their first album, Blacktop, Back Roads, was released.

Since then the duo has toured in Texas, across the U.S. and internationally, racking up some impressive endorsements en route. “A musical duo that is so hot right now, you’ll wanna cool your jets…land and take a listen to The Flyin’ A’s”( Jason Wheeler, CBS News).