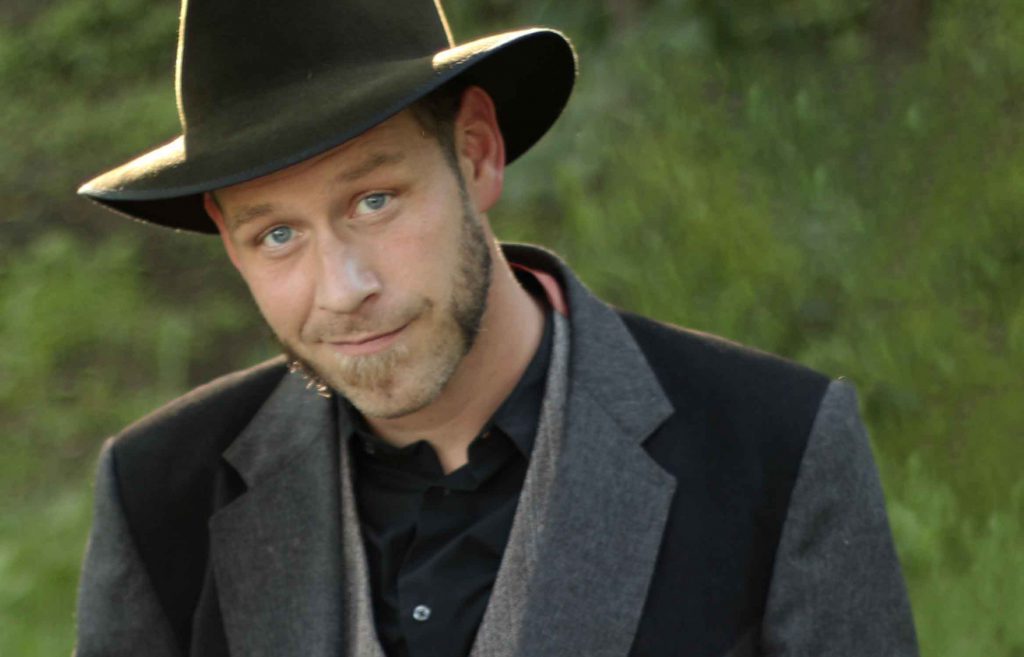 “He sings his heart and soul, and in doing so lets light flood into your own… A good eye for imagery, a gentle human touch, a wry sense of humour, a whole lot of integrity, a warm, rugged voice and a bunch of memorable — RnR Magazine

“Scott Cook has distilled his travels down into songs powered by a sharp eye for imagery, a healthy dose of humanity, and that unforgettable voice, that at the same time intones the rigors of the road and the most comfortable couch you have ever slept on.”— David Francey, 3x Juno-winning songwriter

“One of the finest Folk albums of the last 30 years… This needs to be heard by as many people as possible. The lyrics are heart-felt. The arrangements are beautifully sparse, and they highlight Scott’s voice. This is pure, accessible folk.” – Dan Joseph — CKWR radio

“Absolutely brilliant… A forward-thinking role model for the upcoming generation… This will be an album that will be eagerly awaited by old fans but will easily manage to draw in new fans too.” – Kayleigh Dann — Maverick Country

“Alberta troubadour Scott Cook has been crisscrossing the globe for the past 10 years, sleeping in his van and making his living playing his earnest and sympathetic folk songs to appreciative audiences worldwide. On his sixth full-length release, Further Down the Line, Cook once again puts his altruistic view of the world not only on his sleeve, but also to the test, with folk songs that conjure the spirit of his protest-folk influences, while leaving his signature on the form… Cook has travelled far and wide to find the heart of an increasingly agitating world, and his genuine hope for it is palpable. He brings dark stories to life under the guise of pleasant, and excellently played folk music, which is just as subversive as screaming it over the roar of full-throat punk rock.” – Michael Dunn — Beatroute

“As hard traveling a man as he is, Scott Cook doesn’t give into the usual world weary platitudes associated with the 21st century wandering singer-songwriter. He’s a thoughtful guy, throwing a hard look at his home province (Alberta, You’re Breaking My Heart), and fellow bros (Fellas, Get Out the Way), though still finding space to hilariously celebrate that most venerable of late night dancing and drinking institutions (Kitchen Dance Party On). His Edmonton-based back band The Second Chances (Bramwell Park, mandolin, banjo; Melissa Walker, bass) supply their usual sturdy and inventive backing, with pianist Dana Wylie, drummer Matt Blackie and violinist Adam Iredale-Gray adding nice touches throughout. Cook’s sixth full-length release also finds him leaping forward in songwriting craft, bringing him closer to the echelon he so clearly reveres: John Prine, Corin Raymond, Greg Brown. As with his last release, Scott Cook and the Long Weekends Go Long, he’s charted out his songs in the accompanying thick booklet, chords at the ready, along with a little friendly advice on how to proceed as a folk musician.” – Tom Murray — Penguin Eggs

“It’s a great, soulful and inquisitive album from the get-go, the opener a love letter to Woodie Guthrie… The disc comes in a simply beautiful package — an annotated photo book with chapters on recording, Cook’s life so far in both words and pictures from the road, including lessons on how to use the Nashville numbering style of chord progressions. This look under the hood is amazing and very generous. Fellas, Get Out the Way is especially thought-provoking, jazzy and lovely, too, like this whole acoustic ride a pleasure. Alberta, You’re Breaking My Heart personifies our complex province as an ex-girlfriend who’s using and destroying herself, while Dogs and Kids cheerfully acknowledges the inevitable passage of time, and for whom we make memories. If He Showed Up Now questions how Christ would be received today (imagine him as an immigrant refugee, for example), and Walk That Lonesome Valley takes a look at the courage of Sojourner Truth, Father Daniel Berrigan and Chelsea Manning, the last one recently pardoned by President Obama. Look them up if you don’t know their tales, or better yet buy this album. One second short of 42 minutes, this record is a real trip — Cook speaks of self-doubt in this book, but a lot of us are thankful for his ongoing courage to let us know about the courage of others in song.” – Fish Griwkowsky — The Edmonton Journal

“I don’t know which is more impressive, the music or the 132-page book of lyrics, observations and photographs that accompany it and document Canadian troubadour Scott Cook’s decade of globe-trotting and the experiences that came with it. Fortunately, you get both. Working with his acoustic trio The Second Chances and a smattering of other collaborators, he recorded it live off the studio floor. It’s a departure from the honky tonk rowdiness of his last album, and sees a return to his earlier, starker and stripped back sound in its exploration of hope, despair and heroism, expressively delivered in his wearied dusty tones… This album kicks hard.” – Mike Davies— Folk R adio UK

“I knew as soon as I heard the album. He’s as good a modern folkie as we have these days. A voice perfect for the genre. An understanding beyond the norm… The album has a string of originals and co-written originals, every one an excellent example of the genre. Straight vocals in a sort of campfire setting, practically made for Cook’s voice. Some chucklers, some political, some from the heart… This used to be what a large percentage of folk music was all about. Correcting injustice. Fighting inequality. I’m pretty sure Cook is right. Look what we have done to the world. Perhaps we should all line up behind him and sing in unison. It may be the last real chance we have.” – Frank Gutch, Jr. — No Depression

“On Scott Cook’s sixth album, Further Down the Line, his songcraft has reached a beautiful maturity, each take sincere, authentic and meaningful. Thematically compassionate, it suggests that there’s hope amid the bleakness, in uplifting tales from across the globe, given clarity by Adam Iredale-Gray’s uncluttered recording… The accompanying lavish booklet oozes artistic generosity too, brimful of songwriting tips, guitar chord charts, and pictures from Cook’s enlightening, inspirational trip of discovery.” – David Innes — RnR Magazine

“It is Scott’s unbridled passion, as well as his resonant baritone voice and fluid guitar playing – and personable stage presentation with lashings of wry humour – that make him not just another singer-songwriter. He wears his heart for all to see on his sleeve and thinks deeply about life and the world that he travels. With Woody Guthrie a hero his songs are adroitly lyrical and soul-searching. Melodic, subtle instrumentation both in live performance and on record never obstruct… Songs range from poignant to philosophical and political – and hilarious (‘Kitchen Dance Party On’ just has to be seen live).” – David Johnston — Rhythms Magazine, Australia

“As hard-working a DIY songwriter as any in the game… A Scott Cook song contains the extra work done by a carpenter who cares. Work the carpenter doesn’t have to do. Work only other carpenters will likely even notice… One of the best songwriters this country has. A working artist who’s taken enormous risks in order to make something which offers strength to anyone who takes the time to listen… I believe that over the years this album will prove to be a benchmark in Canadian folk music, as well as a signpost pointing the way for younger artists. I believe that young songwriters will write better songs because of it. ” – Corin Raymond — Raymond Unrushed

“This Canadian troubadour’s CD is a veritable work of art: 120 pages of beautiful photographs, mingled with eloquent ruminations on life – something Scott Cook calls his ‘love letter to the world’. Taking a leaf out of Woody Guthrie’s book with the title track, Cook’s lonesome vocals ride over his guitar and banjo, as he recalls his travels and ponders ‘aren’t some people just famous for being famous?’ Honesty isn’t in short supply: humanity shines out of Scott’s songs like the gentle ‘Alberta, You’re Breaking My Heart’ and on ‘Dogs and Kids’. In the sea of singer-songwriter angst, Scott’s happy vibe is a welcome ray of sunlight.” — Acoustic Magazine

“Edmonton songwriter Scott Cook is the love child of Woody Guthrie and Steve Goodman. No, seriously. One of Canada’s most inspiring and imaginative storytellers, he’s a slightly subversive roots balladeer, applying his wry humour liberally to contemporary issues with keenly observant lyrics, some fierce fingerstyle guitar and clawhammer banjo, and a warm, rugged voice that keeps you hanging on every word.” — Canmore Folk Music Festival

“Edmonton’s Scott Cook has spent more than a decade as a full-time road warrior, armed with his trusty acoustic guitar, averaging 160 shows a year in venues across Canada, the United States, Australia, Europe and Asia. Along the way, Cook has never stopped writing, translating the experiences of road life into engaging songs that highlight his deep sense of honesty and humanity… The affable trio are pros when it comes to engaging audiences and getting folks to smile or maybe even sing along. Lyrically astute and undeniably warm, part of Cook’s gift is his unwavering positivity, even as he delves into complex subject matters. This is a man who has seen a lot, and with any luck he’ll continue to share as he continues on down the road.” — Calgary Folk Music Festival