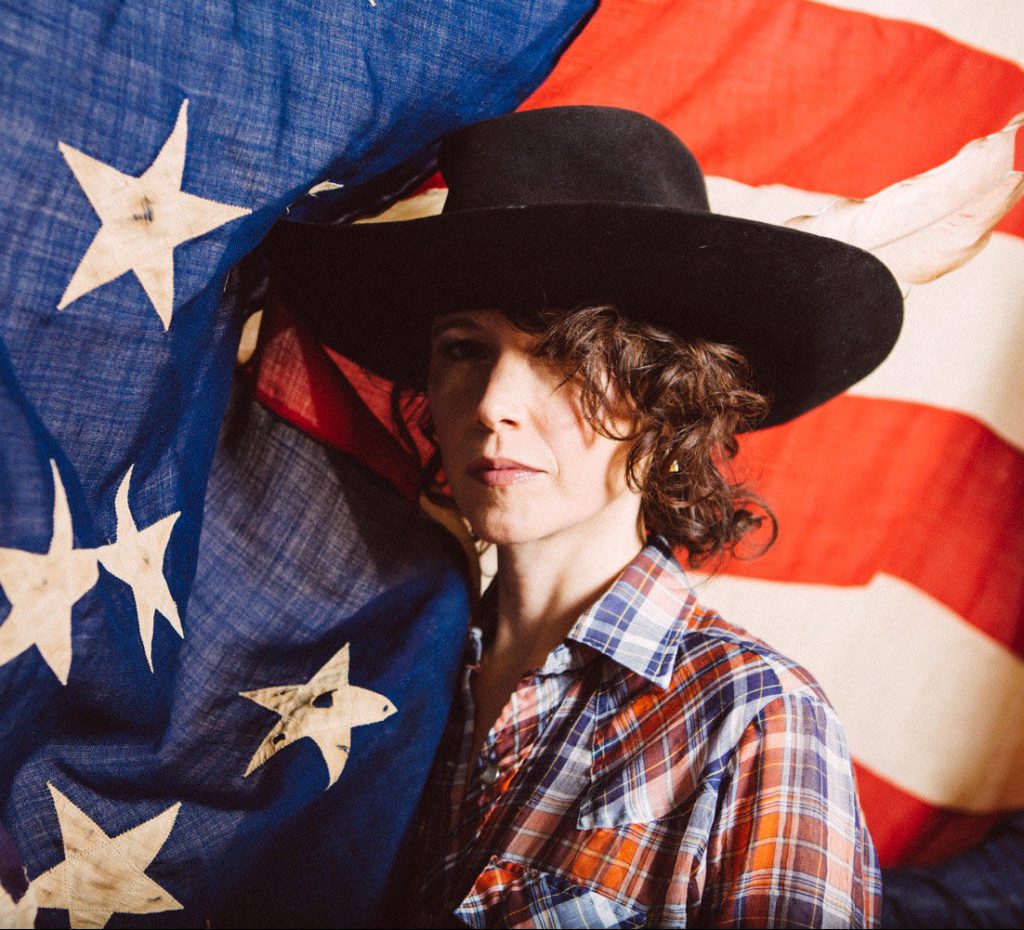 Sarah Lee Guthrie’s lineage is undeniable. But if you close your eyes and forget that her last name is synonymous with the river-legacy of a widening current of American folk music, you’d still be drawn to the clarity and soul behind her voice. There is a gentle urgency to her interpretations of the songs she sings and the classic music of her heritage. It flows from the continuity of her family, her vital artistic life today and the river of songs that have guided her to where she now stands.

It’s been hinted at since she first stepped on the stages of Wolf Trap and Carnegie Hall as a teenager in 1993 singing Pete Seeger’s “Sailin’ Down My Golden River” for sold-out audiences.  But it was later, when she met her husband, Johnny Irion, grandnephew of Woody Guthrie’s literary kindred spirit, John Steinbeck, that she began to embrace her birthright and her inherent gifts.

“Johnny taught me a few chords on the guitar and that was it… Mom talked me out of going to college and into going out on the road with Dad. I spent the next 6 years playing just about every show with him and my brother Abe, Johnny joined us in 2002 and we opened the shows til our first album came out.”

Over the last two decades on the road and in the studio, she and her husband Johnny Irion have created a signature pop-fused folk-rock sound that is appealing and engaging on series of critically-acclaimed albums Exploration, Folksong, Bright Examples and Wassiac Way.

On 2009’s Go Waggaloo  she created a family album of original songs (and a few with Woody’s lyrics) that won a Golden Medallion from The Parents’ Choice Foundation.  The tour that followed in 2010, The Guthrie Family Rides Again, brought it all together as she found herself surrounded by generations of family and friends all celebrating the music of her family.

“Looking back on the years of shows that I have done, its been the shows with my family that stand out the most, that feel bigger than me, the best part of me, the place I shine the most. I am back on the road with my Dad now and remembering what I was made for, these are the songs that make us who we are and I love to sing them.”

Sarah Lee Guthrie now ventures on a road that leads back to the rich culture of her family running through the warmth of her own bloodlines.  This is rare opportunity to witness the growth of one of America’s finest young folk singers in Houston, TX at McGonigel’s Mucky Duck.
​​