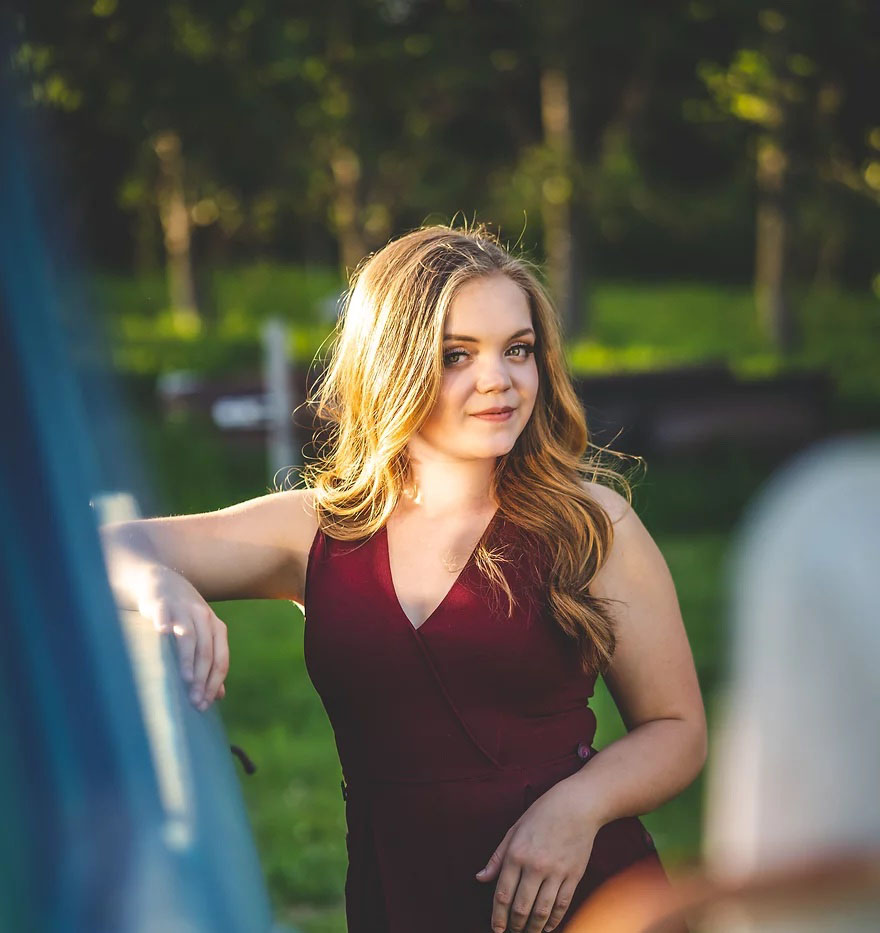 Most teenagers have not charted on Billboard, collaborated with Hall of Fame songwriter David Porter, or been endorsed by Hammond Organs and Fishman amps. But then Sarah Grace is not your typical teen, or even your typical singer, for that matter.

Millions of people were introduced to then-15-year-old singer a few years ago on Season 15 of The Voice. Sarah Grace is the first Voice contestant to play trumpet on the show, and the first to play organ. She won over the public and judges alike as she made her way through to the semi-final round. Voice Coach Adam Levine hailed her as a “pint-sized powerhouse,” and fellow coach Jennifer Hudson praised Sarah Grace’s sassiness, while her coach, Kelly Clarkson, marveled at the teen’s “big, old-soul voice.” Viewers were similarly captivated by the soulful pop singer, who was a Public’s Vote winner during the four-week Live Playoffs. During her time on The Voice, Universal Republic released four singles of covers she performed on the show, exclusively on Apple Music/iTunes, which have since been released widely including Florence & the Machine’s “Dog Days Are Over”, Elton John’s “Goodbye Yellow Brick Road”, and the Blind Boys of Alabama’s arrangement of “Amazing Grace”. In addition to a weekly television audience of ten million on The Voice, to follow, her performances on YouTube accumulated over twelve million views.

Sarah Grace and The Soul’s own sound effortlessly slips and slides between styles and eras, from modern pop to vintage blues and other American roots styles. Her songs reveal a wise-beyond-her-years sophistication that blends together genres into a stirring groove. In fact, her Voice performances exemplify this diversity with her range encompassing classic blues, traditional gospel, and recent rock hits.

Having found great success on The Voice, the Houston native is ready to go to the next stage – literally. In 2019 onward, Sarah Grace has been playing more live concerts and national festivals with her band, The Soul. The group is an established presence in their hometown Houston music scene, where Sarah Grace and The Soul were crowned “Best Newcomer” by the Houston Press. She is excited about recording her debut album and touring, which is worked in around her Senior year in high school – at Houston’s prestigious High School of Performing and Visual Arts (where Beyoncé attended and Blue October was formed). Sarah Grace signed a record deal with German record label Ruf Records, noted for successes with artists like Samantha Fish.