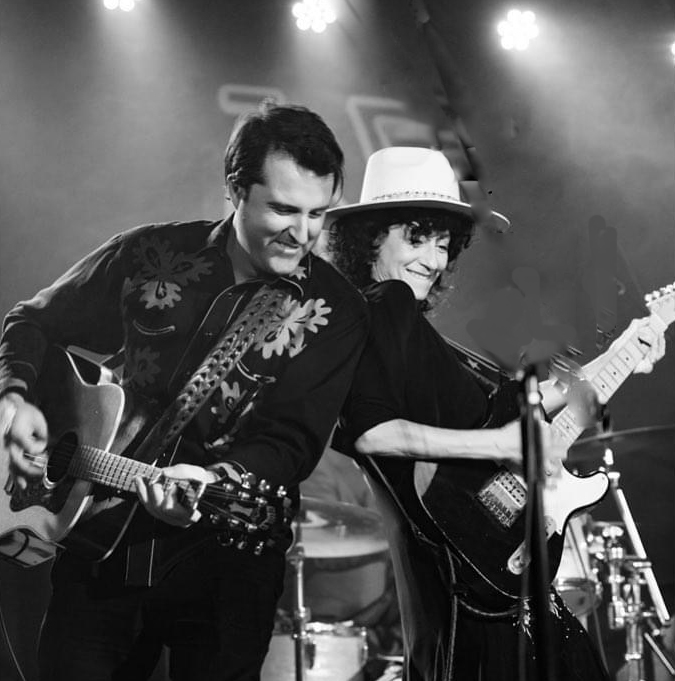 It’s telling that Rosie Flores’ e-mail handle begins “chickwpick…” In a long and eclectic career of singing, songwriting and performing, no phrase has ever described the San Antonio native better or more concisely.

But now, with the release of her latest album, Flores takes square aim at a genre she has only sampled heretofore. Simple Case of the Blues showcases Flores in a new light, as a seasoned performer steeped in life’s uncompromising lessons. At once torchy, soulful, heartfelt and yearning, the songs on Simple Case of the Blues are not for the emotionally naïve—it’s the music you make when you’ve come through joy and heartbreak and back again.

Alternative country meets the rockabilly revival meets California guitar virtuosity in the music of Rosie Flores. Since the late ’70s, guitarist, singer, and songwriter Rosie Flores has been an important figure on the alternative country scene in both Austin, TX, and Los Angeles. She’s a hard-working, independently minded artist who’s well-respected for her gritty, energetic vocals and fiery guitar solos.

A native of San Antonio, Flores moved to San Diego with her family when she was 12. Her family encouraged her singing and guitar playing, and as a girl she soaked up the sounds of southern California….surf guitar, country and country-rock, blues, and rockabilly-flavored garage rock.