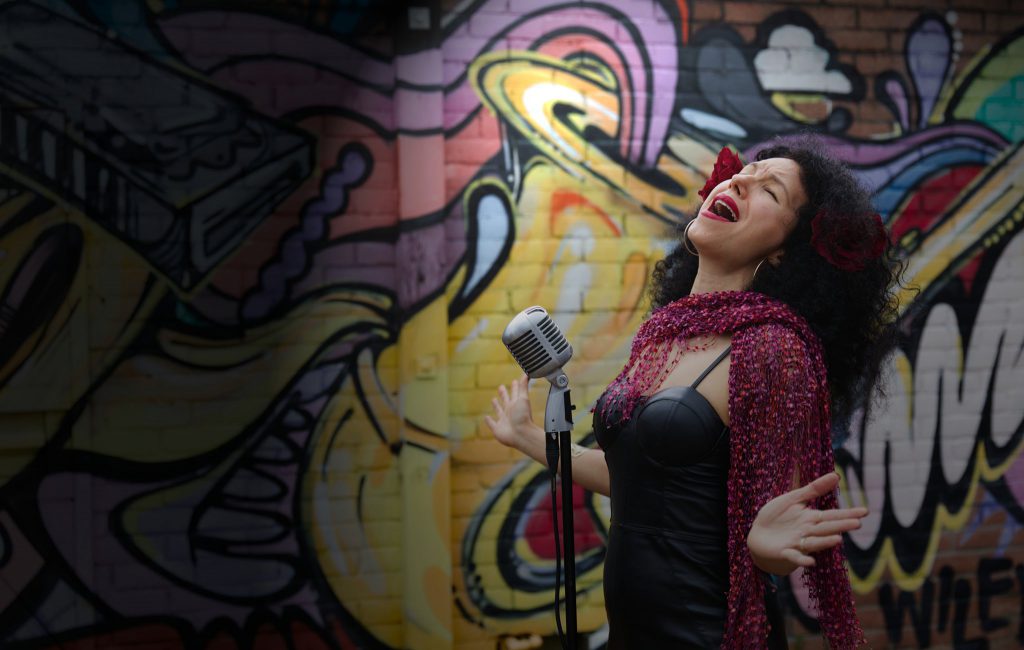 Venezuelan Jazz vocalist Raquel Cepeda and her band will be presenting an electrifying evening of Latin Jazz at Mucky Duck, Houston.

Unique in her style, Cepeda’s last album ‘Passion’ was nominated for the 2020 Pepsi Music Awards as ‘Best Jazz Album’ and it remained in the #1 position of the Latin Jazz Chart at the Roots Music Report for 8 consecutive weeks.

Cepeda is one of Houston’s treasures. She has played at important stages including the Miller Outdoor Theater and the Match Theater, and has performed in São Paulo, Rio de Janeiro, and Caracas. She has also shared the stage with iconic American Jazz figures like Ellis Marsalis and Delfeayo Marsalis.

Cepeda, a former Geological Engineer infused with a broad cultural diversity and fluent in 3 languages, captures and integrates the best rhythms and sounds from Latin America with the aesthetics and freedom of Jazz, conveying with her ample vocal range and unique interpretation a mesmerizing story in every song.

Her quintet is composed by Barry Sames on piano, Thomas Helton on double bass, Adriano Santos on Drums, Cassio Duarte on Percussion, with Cepeda on vocals.