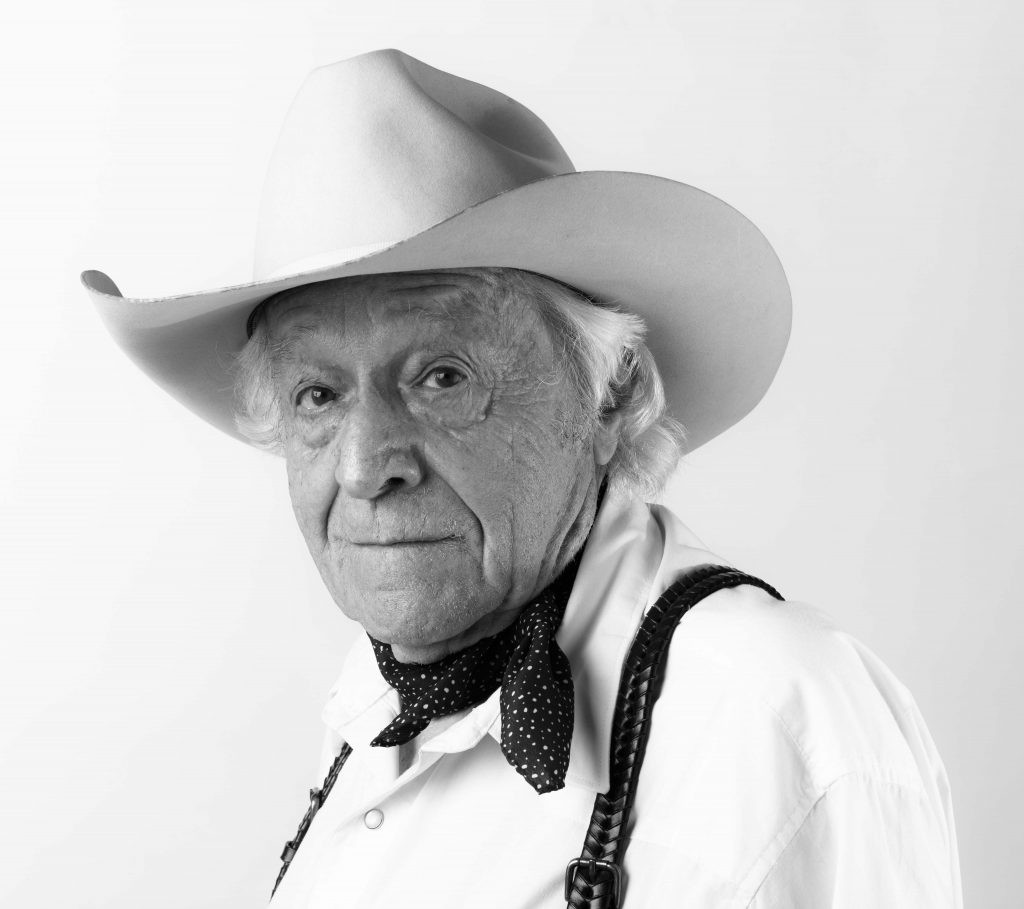 There are no degrees of separation between Jack and the real thing. He is the guy who ran away from his Brooklyn home at fourteen to join the rodeo and learned his guitar from a cowboy. In 1950, he met Woody Guthrie, moved in with the Guthrie family and traveled with Woody to California and Florida, from the redwood forests to the Gulf Stream waters. Jack became so enthralled with the life and composer of This Land Is Your Land, The Dust Bowl Ballads, and a wealth of children’s songs that he completely absorbed the inflections and mannerisms, leading Guthrie to remark, “Jack sounds more like me than I do.” In 1954, along with folksinging pals Frank Robinson and Guy Carawan, Jack journeyed south through Appalachia, Nashville and to New Orleans to hear authentic American country music. He later made this the basis for his talking song, 912 Greens.

In 1955 Jack married and traveled to Europe, bringing his genuine American folk, cowboy and blues repertoire and his guitar virtuosity, inspiring a new generation of budding British rockers, from Mick Jagger to Eric Clapton. When he returned to America in 1961, he met another young folksinger, Bob Dylan at Woody Guthrie’s bedside, and mentored Bob.

Jack has continued as an inspiration for every roots-inspired performer since. Along the way he learned the blues first-hand from Leadbelly, Mississippi John Hurt, the Reverend Gary Davis, Big Bill Broonzy, Brownie Mcghee and Sonny Terry, Jesse Fuller and Champion Jack Dupree. He has recorded forty albums; wrote one of the first trucking songs, Cup of Coffee, recorded by Johnny Cash; championed the works of new singer-songwriters, from Bob Dylan and Kris Kristofferson to Tim Hardin; became a founding member of Bob Dylan’s Rolling Thunder Revue; and continued the life of the traveling troubadour influencing Jerry Jeff Walker, Guy Clark, Tom Russell The Grateful Dead and countless others.

In 1995, Ramblin’ Jack received his first of four Grammy nominations and the Grammy Award for Best Traditional Folk Album, for South Coast (Red House Records). In 1998, President Bill Clinton awarded Jack the National Medal of the Arts, proclaiming, “In giving new life to our most valuable musical traditions, Ramblin’ Jack has himself become an American treasure.” In 2000, Jack’s daughter, filmmaker, Aiyana Elliott produced and directed The Ballad of Ramblin’ Jack, her take on Jack’s life and their fragile relationship, winning a Special Jury Prize from the Sundance Film Festival.

Through it all — though agents, managers, wives and recording companies have tried — Jack resisted being molded into a commercial commodity. He played his shows without a written set list or including any songs that did not ring with his gut feeling of what mattered to him. Ramblin’ Jack’s life of travels, performances and recordings is a testament to the America of lore, a giant land of struggle, hard luck and sometimes even of good fortune. Ramblin’ Jack takes us to places that spur us on to the romance and passion of life in the tunes and voices of real people. At seventy-seven, Ramblin’ Jack is still on the road, still seeking those people, places, songs and stories that are hand-crafted, wreaking of wood and canvas, cowhide and forged metal. You’ll find him in the sleek lines of a long haul semi-truck, in the rigging of an old sailing ship, in the smell of a fine leather saddle.