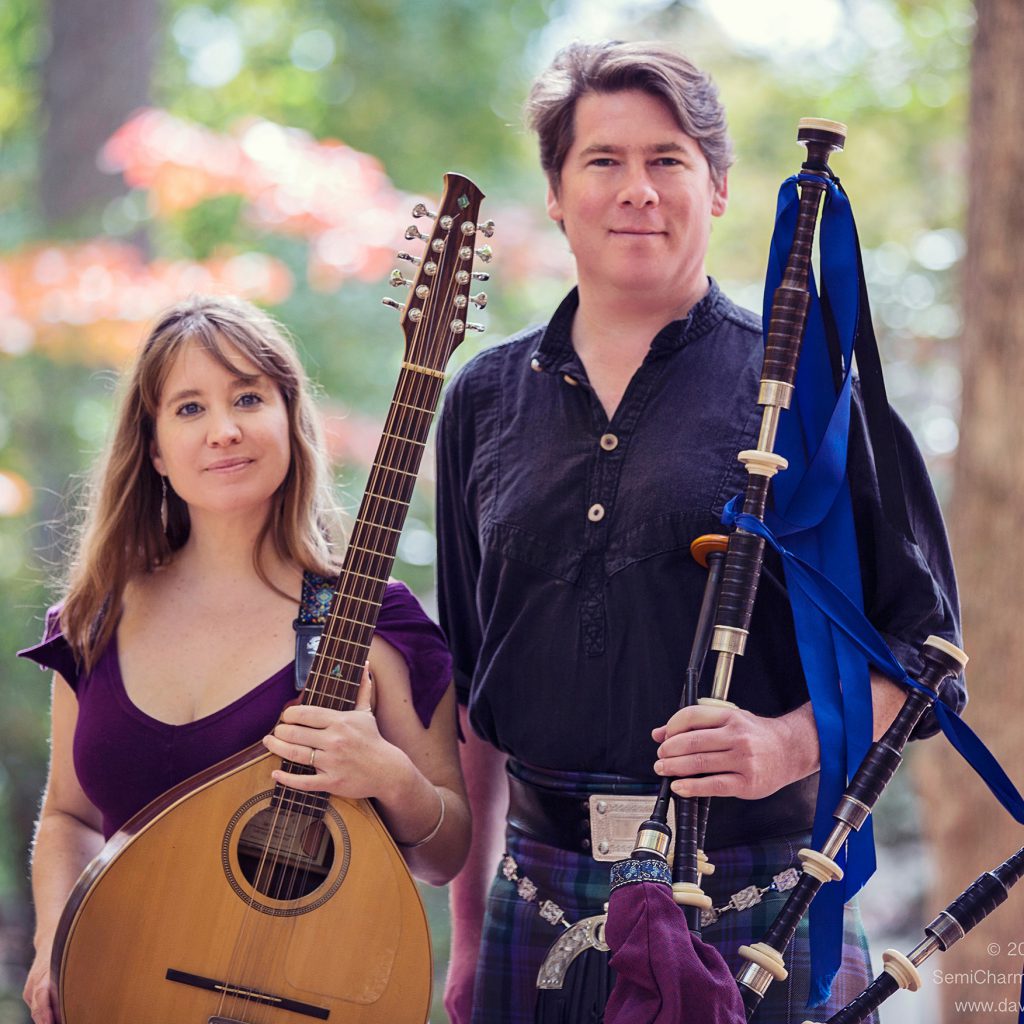 The Piper Jones Band is a lyrical, high energy trio based on the moving and beautiful sounds of the Highland bagpipes, accompanied by unique percussive chords from the bouzouki and inspired drums. While maintaining a strong musical base in traditional tunes from Ireland, Scotland, and Appalachia, the group also performs original instrumental compositions and powerful vocal harmonies, as well as stepping off stage from time to time to lead the audience in traditional Celtic dances. The Piper Jones Band brings authentic, traditional music to your audience in a fresh, entertaining way.

Piper EJ Jones has been performing and excelling as a performer of traditional Highland bagpipe music and folk music since he first picked up the pipes in 1987. He co-founded the renowned group Clandestine in 1991, with whom he produced five albums and won multiple awards. In addition, he also performs with Medieval dance band Brizeus and produced a solo album, The Willow, with Gerry O’Beirne and Rosie Shipley. Know for his technical expertise and lyrical piping, EJ can be heard piping for other artists such as Ed Miller, Robert Earl Keen, and many more. EJ is currently serving as the Concert Director for Grandfather Mountain Highland Games, the largest Highland Games in the United States.

In addition to performing with the Piper Jones Band, EJ also teaches piping privately and at workshops and seminars across the country. In his spare time, EJ also creates bespoke, handcrafted smallpipes through his pipemaking company, Tidy Cottage Smallpipes.

Frances Cunningham is a native of Southeast Texas and fell into Irish music at an early age. She learned the Irish Bouzouki and became a founding member of the Celtic Rock band SixMileBridge which recorded and toured heavily from the late 90s into the 2000s. She moved to Nashville where she picked up the Tenor Banjo and since then has gone on to be an in-demand accompanist and session musician in the Nashville recording scene. She is a winner of the Midwest Fleadh on both the Bouzouki and Banjo. Frances spent 5 years playing the Bouzouki weekly on the Grand Ole Opry in the Mike Snider String Band and was very pleased to be an ambassador for the instrument to Country music audiences during those years.

She currently tours with EJ Jones in the Piper Jones Band singing, playing, composing and Scottish Step Dancing. She released her first solo album last year which has been featured on Fiona Ritchie’s ‘Thistle and Shamrock’ as well as other radio shows.