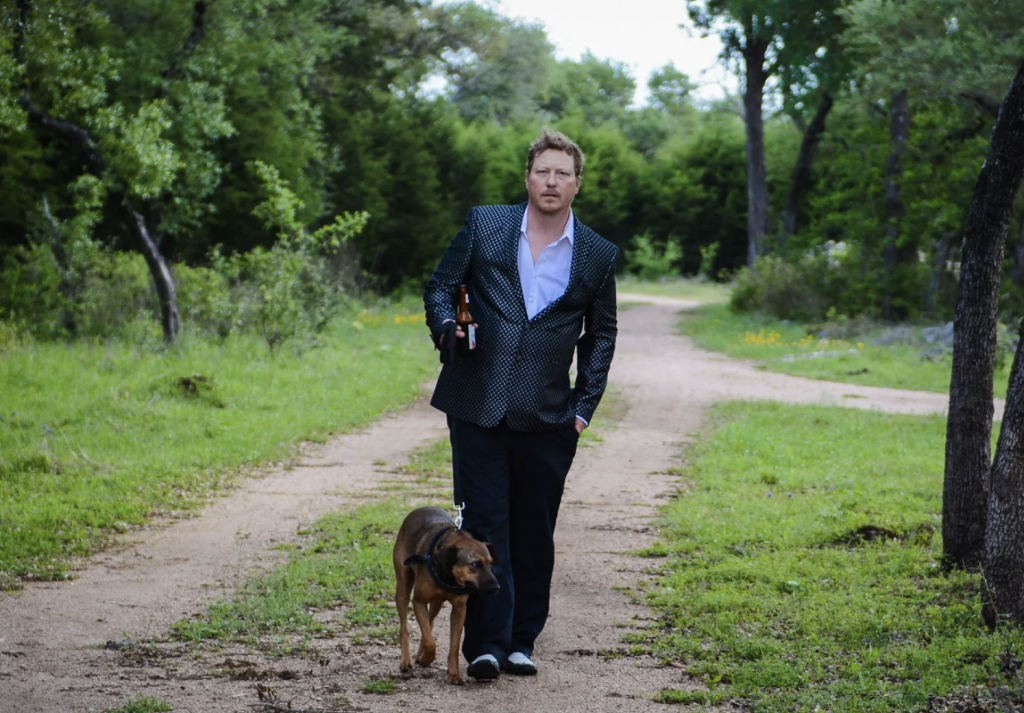 Hailing from the great city of Houston, Texas, Opie Hendrix is telling the truth from where he stands, in a style that is bold and crooning. Produced by Texas troubadour John Evans (Corb Lund, Jason James, Hayes Carll, Jesse Dayton), “Unhappy People” is breathtakingly well-rounded and layered. It hits with the warmth of Tom Petty and cuts like the jagged wit of Harry Neilson.

“It’s about the world we live in vs. the world we want to live in. It’s a piece of personal activism,” Hendrix says about the title track off his upcoming album.  Something we value in the artists we love is that they individually forge a new path, giving us an alternative direction to wander. For them to do so requires an unrelenting commitment to being true to one’s self. This is where Opie Hendrix thrives. The layered nature of his thoughts creates a rich and complex sound. Toy shakers, a reversed tape deck, bright acoustics, and a crunchy telecaster are all elements that weave throughout irresistible beats. And with every song, Hendrix’s roadmap to personal activism is revealed in an album ten years in the making.

In his upcoming fifth album release “Unhappy People,” Opie Hendrix ponders “Is there no forgiveness left in the world, no hope for redemption? Good to know people change.” The world has changed since Hendrix’s last album. His hope is that people are willing to change with it. A love letter to earth, as he describes, “Unhappy People” marks a chapter of personal growth. It’s a timely and yet timeless offering to a modern era defined by upheaval.

In the making of the album, Hendrix enlisted renowned producer John Evans (Corb Lund, Jason James, Jesse Dayton, Hayes Carll.) It was recorded at Signal Hill Recording Studio in Austin, TX, and engineered by Patrick Herzfeld. “If not for Evans, I’d probably still be working on the release,” Hendrix said, adding “He’s a damn fine producer and I just wanted to step outside my box, let go and let him take over.” The collaboration between the two proved to be a creative spark plug.

Born in Indiana, Hendrix moved to Texas to attend the Art Institute of Houston in 1992. He hasn’t left since. “It’s a good thing he stayed.” Texas music writer Sara Cress said, adding “It’s hard to imagine Hendrix’s grand, hilarious personality anywhere but in a state filled with such people (think Kinky Friedman).” That decision has paid off earning him two Houston Press Awards for Best Roots Rock. He’s shared the stage with legendary acts such as Hal Ketchum, The Fabulous Thunderbirds, Hayes Carll, Bobby Bare Jr., James McMurtry, and more. His musical path has taken him on plenty of national tours and onto iconic stages such as New York City’s CBGB’s.

With a career that spans four albums and fifth on the way, in an industry filled with ups and downs, Hendrix has proved to last while managing to keep that grand, hilarious personality intact. That larger than life persona is on full display in his music video for his title track. Shot in an impressively accurate replica of the Oval Office designed in the likes of the Obama Administration’s, Hendrix sits behind the desk with wild exuberance that one can only draw comparisons to who sits in the real Oval Office today. Contrasted by the joyful and upbeat tune, it’s a breath of fresh air as he wails on his guitar reminding us that it’s the people who own the house. An injection of positivity into something that needs detoxifying.

Hendrix has made a name for himself by defying the status quo and shaping a sound that only he can conduct. “Unhappy People” is bound to resonate far and wide as music of the time and leave a mark that will outlast us all.