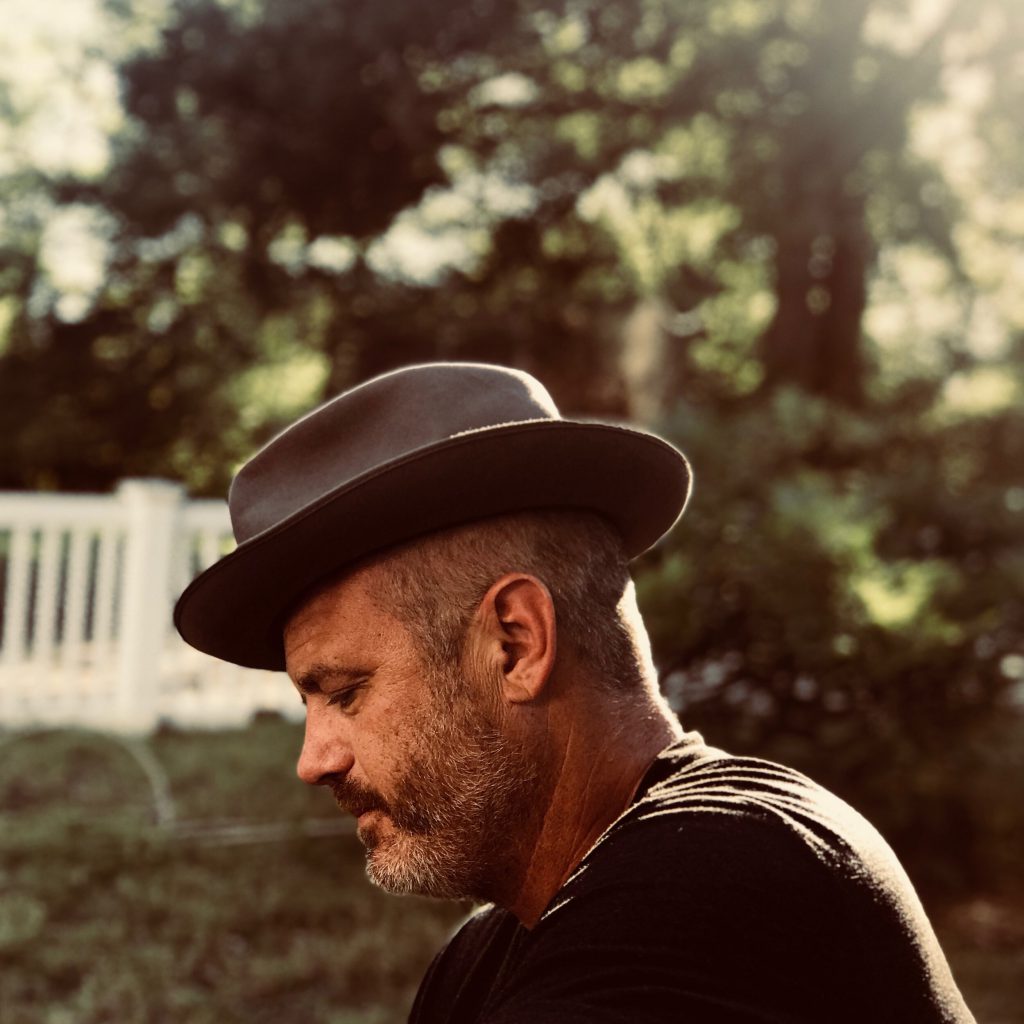 To look at the last few years of Mike McClure’s life is to understand that there has been a life-altering awakening. It’s been a time of reckoning, renewal and growth for the singer, songwriter, artist and producer — a five-year span that’s resulted in Looking Up, 10 tracks that find him getting sober, wrestling with insecurity, finding a new love for both himself and others, and working to understand the new light he’s found in discovering that the best moments in life come from being present.

“I started the climb up and out of unhappiness a few years back, which resulted in the end of a long marriage. I looked inside and called into light things like jealousy and fear. I would pour booze or drugs on top of things that hurt me instead of admitting these things and getting to the root cause. It’s been a hard couple of years, to say the least, but I feel as though I’m up and out of it. Now it’s up to me to continue to do the work that will keep me in this space,” he says.

To understand what Looking Up, as an album, means, it’s crucial to grasp the story beyond it. Mike got his start in Stillwater, Oklahoma, playing at the notorious “Farm” with legendary artists including Bob Childers, Tom Skinner, Steve Ripley, and Jimmy LaFave, and later was a founding member of The Great Divide. The band signed to Atlantic Records in 1998, and “I’d Rather Have Nothing,” written by Mike and initially recorded by the band, was later recorded by Garth Brooks for his 2005 limited series box set, The Lost Sessions, which has sold over 2 million copies.

Mike was also the permanent producer for Red Dirt favorites Cross Canadian Ragweed, and “Fighting For,” written by Mike and Cody Canada reached number 39 on the Billboard Hot Country charts. He has also produced albums by other artists including the Turnpike Troubadours, Tom Skinner, Jason Boland & the Stragglers, and many others.

Two decades as a touring musician and nine albums of his own later, he’s taking a new route with Looking Up. He and his partner, Chrislyn Lawrence, created and produced the album on their own, at his Boohatch Studio in Ada, Oklahoma. It’s a different kind of collaboration for Mike, who worked closely with Joe Hardy, the famed ZZ Top producer and engineer, in the decade prior to Joe’s death in 2019.

“This album is different because I’m not doing it with Joe,” Mike says. “I met him in 2005, and we went on to collaborate up until his death last year. He was an absolute genius who taught me how to make a record. This time I’ve sat down with Chrislyn and not only has she given me a fresh look at how I do things, but she has also helped me grow so much emotionally that it bleeds over into the tracks.”

Looking Up begins with “I Am Not Broken,” an anthemic track that realizes the past can be more than simplifying definitions. Later in the album, “Become Someday” offers the advice that who we are currently shouldn’t limit our possibilities, while “Dying to Try” is a reminder that the better version of ourselves is always waiting in the wings.

“Distractions” revisits a previously recorded track, offering a stripped-down suggestion to not let diversions keep you from digging into the truth. There is one small, illuminating change to the current version, though — the addition of the line, “You are not your past.”

“There is a place I get to when I’m fully inspired and my mouth is connected to my heart and it all just comes flowing out,” Mike says. “That’s what I’ve been looking for for a while. But I had to get down to what was in my heart again.”

“Holiday Blown” takes a deep look at addiction, told through a character sketch of a soldier back from a war and the repercussions of combat on everything around them, aiming to bring a bit of empathy to the table.

“My grandpa was a front line tank mechanic in WWII,” he says.”He was on the march to Berlin that toppled the Nazis. When he came home, he stayed drunk. I imagined all of the holidays that were blown by his drinking, as well as the ones I ruined myself.”

Both “Your Kind of Blue” and “Little Bit of Love” are tried-and-true love songs, while “Here I Am” continues the theme of the transformative effect love can have on a life. As he says: “It’s a little bit strange now / How in just one moment all your everything / It just has to change and you can’t go back to who you were / ‘Cause you are not the same.”

“Orion,” the album’s centerpiece, finds the constellation working as a guiding force, providing an opportunity for introspection, as the night sky often does.

“Sword & Saddle” looks at the importance of taking the time to listen and act with conviction. “Sometimes I am so sure of what side I’m on and can’t wait to get into battle,” he says. “I’m learning to show a little restraint and composure, which I suppose is growing up.”

“This is the first time I’ve ever paid attention to politics,” he continues. “I think I was so in my own head, that I wasn’t really taking a look around to see what was happening with and to the 0ther people around me. I wrote this after seeing the way our ‘leaders’ were handling COVID-19, but it’s taken on a new light for me since George Floyd was murdered and I’m learning more about the experience of Black people in America. In some ways, it may have been the foreshadowing of my first awkward political conversations, that I’m now finally having at the age of 48.”

Within these tracks, it’s clear that every piece of Mike McClure’s life is in the midst of changing — and he’s finally seeing that as a good thing.

“I’ve been sober a year, and I’ve been doing yoga and meditation. I’m in a healthy and love-filled relationship,” he says. “I haven’t been home or in one steady spot very much for the last 25 years of being a touring musician. Since being off the road these past few months, we’ve been tending to a garden, raising chickens and writing again. Our hands in the dirt, healing, and learning ways to think about and talk about sobriety and life, with each other, with strangers, and especially with my two daughters—they’re 21 and 17. Being here at home with them, and being truly present for the first time, has allowed some healing to begin for us all. It’s been so peaceful and grounding. I’m really grateful for it all.”