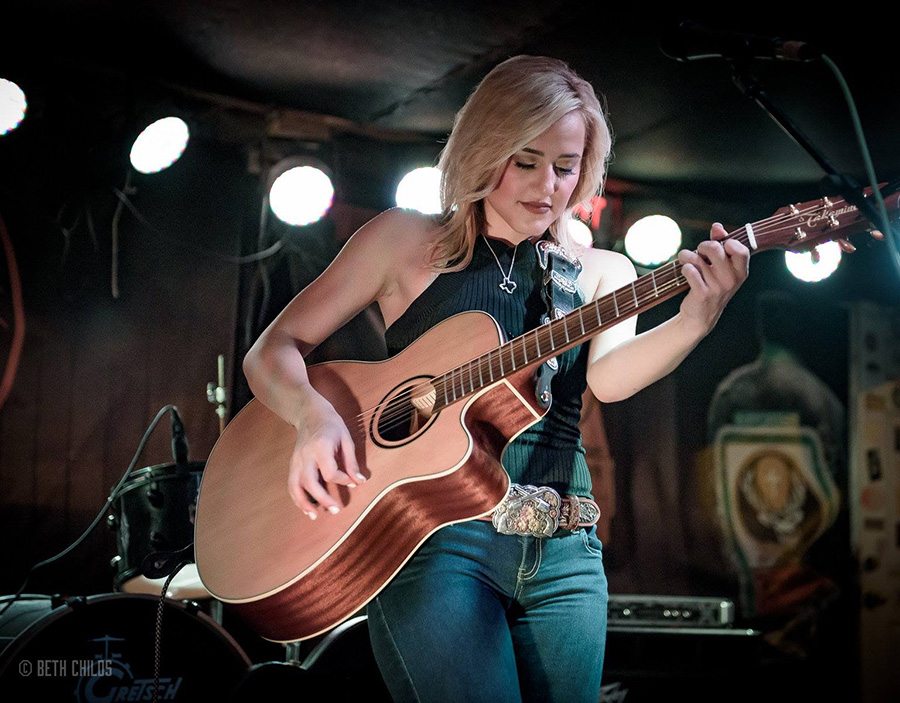 Country singer, songwriter, and guitarist Mary Sarah was born Mary Sarah Gross on July 7, 1995 in Tulsa, Oklahoma. She fell in love with singing, dancing, and the stage as a child, and by the time she was eight, she was performing in churches, on radio stations, and at regional Opry theaters.

In 2007 at the age of 12, she was a featured singer and dancer in the touring company of Kidz Bop, then returned to the Oklahoma and Texas Opry circuit, where she developed a traditional but still fresh country-pop style.

Her debut effort, 2014’s Bridges: Great American Country Duets, was a duets album in a grand way, with Sarah singing and holding her own with Dolly Parton, Merle Haggard, Tanya Tucker, Willie Nelson, Ray Price, Lynn Anderson, Vince Gill, and others on a series of duets of their various signature songs, making it a kind of personal tribute to modern country music.

In February 2016, Sarah auditioned for the tenth season of the TV music competition The Voice. Her rendition of Connie Francis’ “Where the Boys Are” won the approval of all four judges: Christina Aguilera, Adam Levine, Blake Shelton, and Pharrell Williams. Her studio recording of the song landed on the Billboard Country Digital Songs and Hot Country Songs charts, as did her versions of Randy Travis’ “I Told You So” and the concurrent Maren Morris hit “My Church” before she was eliminated in the semifinals in mid-May.

Two weeks later, she made her Grand Ole Opry debut.