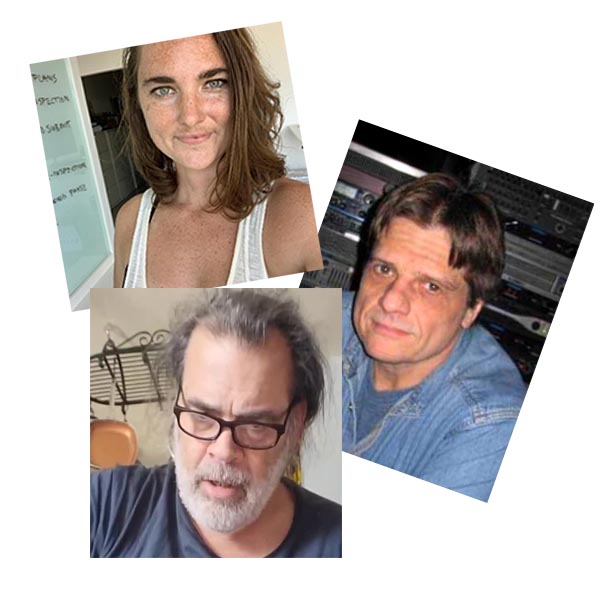 This will be a special evening of all original music from three of Texas’ most unique and gifted performing songwriters presented in an interactive in-the-round format.

“Powerful, insightful, romantic and sometimes irreverent- you never know what to expect from this unique, but grounded, artist”, Mark Zeus began his music career in the mid 70s as both a solo folk artist, and a front-man for the popular Country Rock band, TumbleWeed. He began touring through Texas in the late 90s, eventually settling in Houston. His current band, Thunderboltz, recently released their 3rd album, The Sequel. The solo album, One Magic Moment, yielded the 2008 Texas Music Academy Song of the Year, “Cried Enough”. In addition to being a strong singer, songwriter and guitarist, Mark is an accomplished mandolinist who has performed and recorded with a number of local and regional acts, including The Tequila Cowboys, Clay Farmer, and Mystery Loves Company.

Although some may remember Sara Van Buskirk as a once integral member of the popular Houston Alternative Folk-Rock ensemble, Finnegan, those who follow the local original music scene have come to recognize her as a profoundly gifted singer, songwriter, guitarist and solo performer. Houston born and bred, Sara taught herself guitar at the age of eight, started writing songs at ten and has never looked back.  Her stellar 2010 album, The Place Where You Are, garnered much attention lifting this once “under the radar” artist up to the forefront of the Houston music scene. As Craig Hlavaty of The Houston Press put it, “the album is relentlessly pretty and tough as nails”, which could aptly also describe her live performance and presence. There’s no telling how far her talent can take her. Catch her now in this special songwriter friendly format.

Once called “the most prolific Texas songwriter you’ve never heard of” by journalist Trey Gutierrez, Pasadena native, Charles Bryant, has, in a few short years, caught the ears of many throughout the lone star state, starting with his debut album release, Sandcastles, in 2011. His 2017 album, Kiss the Sun, was called “no less than a minor masterpiece from a true underdog and a native son” by music critic, William Michael Smith, and in 2020 recognized as one of Texas Music Magazine’s noteworthy albums of the past 20 years. Not bad for someone who entered the music scene and biz a little over a decade ago. Although embracing music in his younger years various medical issues kept him from performing live until the age of 50. He’s definitely been making up for lost time. BTW- his live performance is inspiring and relentless. Don’t miss it.