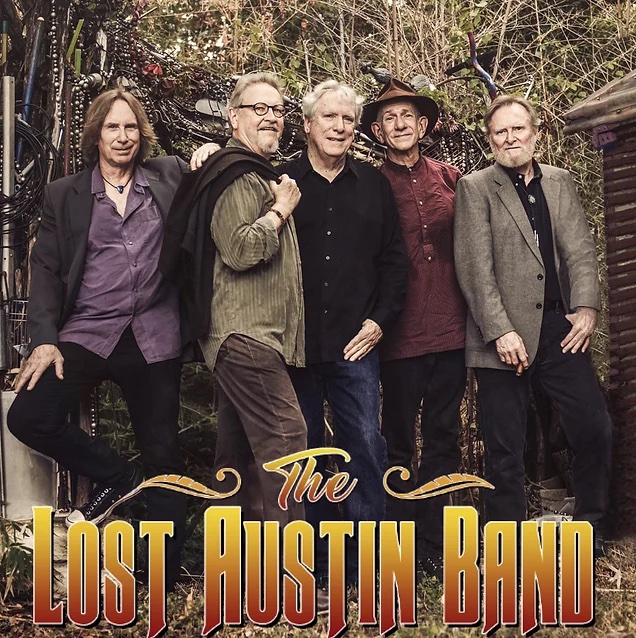 Call it what you will, “progressive country,” “redneck rock,” “outlaw country,” it all comes down to the music that we now call “Americana.” Take the best songs by the classic Texas songwriters like Willie Nelson, Jerry Jeff Walker, Michael Murphey, Rusty Wier, Ray Wylie Hubbard, Guy Clark, Townes Van Zandt, Willis Alan Ramsey, and B.W. Stevenson, spice them up with Austin’s finest musicians and songwriters and the gumbo you get is the Lost Austin Band. It was hot then; it’s hot now.

​All members of the Texas Music Legends Hall of Fame, Ernie Gammage, Bill Browder, Dave Moerbe, Patterson Barrett, and Craig D. Hillis return to their musical roots as The Lost Austin Band with the songs and stories that created this special time in Texas’s musical history, the essence of “Cosmic Austin.”

“If you want to know why Austin is so special and hear the music responsible for creating the very culture that made Austin “Austin,” then get yourself to one of their shows. The show was electric, and the place was packed listening to the guys play iconic Texas songs and nailing it with their originals. It doesn’t get any better than the Lost Austin Band.”  –  Austin Sayer, Texas Music Documentarian