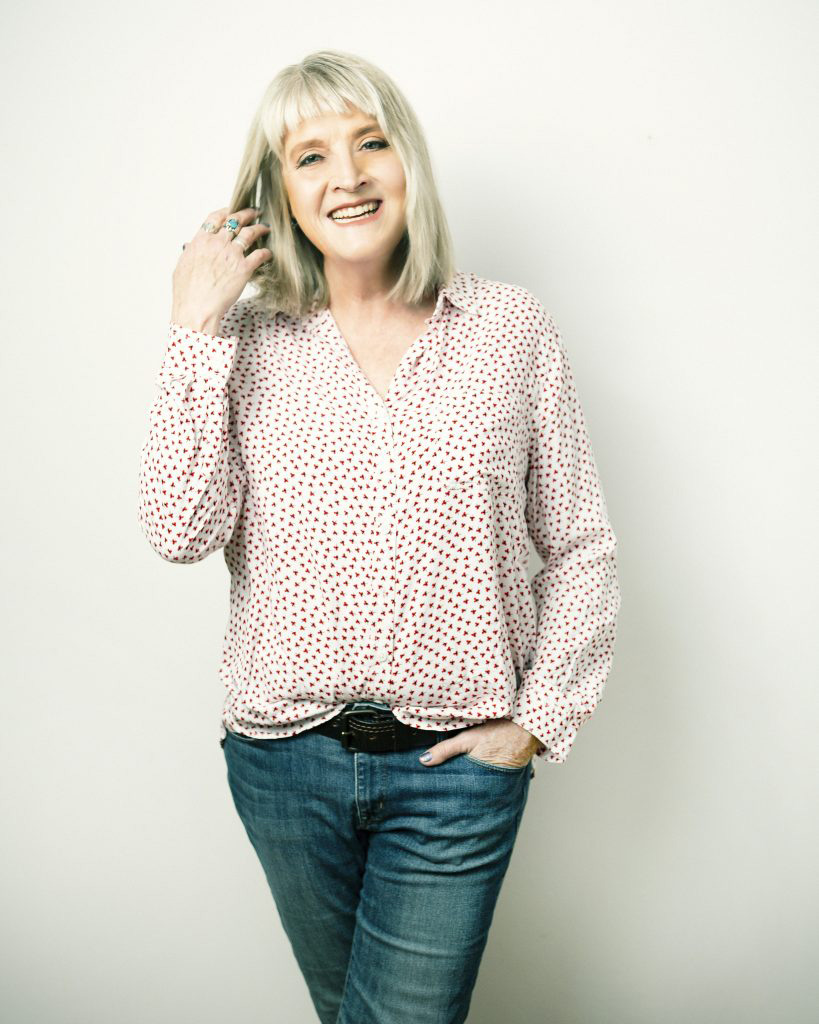 “I started off that record scared to death,” Kim Richey recalls of making ​Glimmer​ with producer Hugh Padgham back in 1999 in New York and London. A disastrous haircut, unfamiliar musicians, and oversized budgets didn’t help matters. “It wasn’t the way I was used to making records.”

The way Richey was used to making records was with friends in a vibed-out, low-key setting. That’s how she made her debut album with Richard Bennett, and it’s how she made her new album, ​Long Way Back… The Songs of Glimmer, ​with Doug Lancio. So Glimmer​ was different, and not just on the production side.

Then, as now, the compositions that comprise ​Glimmer​ were the Grammy-nominated singer/songwriter’s first collection of true confessionals. Prior to that she’d been a staff writer at Blue Water Music writing from a more arm’s-length vantage point for her first two releases, 1995’s ​Kim Richey ​and 1997’s B​itter Sweet​. But ​Glimmer ​was all her.

Revisiting that history for ​A Long Way Back​ was both emotional and edifying for her. “I was pretty broken-hearted when I wrote and recorded most of those songs and I remember feeling that way,” she says. “At the time, I needed to really get out of my head and out of Nashville. I think that was what appealed to me so much about making a record somewhere that wasn’t home and with new people. Recording these songs again was a good way to look back and remember I made it through those times.”

The 20 years of distance between then and now provided another benefit, as well: Richey is more comfortable with her voice, both literally and metaphorically. As a result, Long Way Back​ sounds like it has nothing to prove and nothing to hide. It’s more spacious, but not less spirited, with Richey’s voice, in particular, feeling more relaxed and rounded than on the original. Starting with “Come Around,” the 14 new renderings take their time to make their points, meandering casually around, much like their maker.

An Ohio native, Richey’s passion for music was sparked early on in her great aunt’s record shop where she’d scour the bins and soak it all in. She took up the guitar in high school and, while studying environmental education and sociology at Western Kentucky University in Bowling Green, she played in a band with Bill Lloyd. But it didn’t stick… not right away.

After Kentucky, Richey worked in nature centers in Colorado and Ohio and traveled to Sweden and South America. She eventually landed in Bellingham, Washington, where she worked as a cook while her boyfriend went to grad school. Their deal was, she got to decide where they went after he graduated. One night in 1988, some old friends — Bill Lloyd and Radney Foster — rolled through town. She sold t-shirts at their gig, and they talked up Nashville. To drive the point home, Lloyd sent her a tape with Steve Earle and others on it. So taken by the songwriting, Richey and her partner loaded up their Ford F150 and headed to Music City.

In Nashville, Richey cooked at the famed Bluebird Café and gigged around town at writers’ nights. At a show one night at 12t​ h​ & Porter, Mercury Records’ Luke Lewis approached her. In classic Richey fashion, she didn’t know who he was. Still, she went to a meeting with him and Keith Stegall, played one song, talked a lot, and got a record deal at the musical home of Billy Ray Cyrus and Shania Twain. Remembering the glory days of major labels in the ’90s, Richey says, “They gave me way more than enough rope to hang myself with. I could do whatever I wanted.”

What she wanted was to work with her friend, producer Richard Bennett. So she did. For Bitter Sweet​, she put Angelo Petraglia at the helm, before turning to Padgham for Glimmer.​ “​Bitter Sweet​ was recorded in Nashville with my road band and friends,” Richey says. “That record was as if the kids had taken over the recording studio while the adults were away. ​Glimmer​ was more pro and less messing around having fun. The musicians were all super-talented and gave the songs a voice I never would have thought to give them. Hugh was up for trying anything and really encouraged me to add all those vocal arrangements that ended up on the record”.

For 2002’s ​Rise,​ Richey took another left turn, signed to Lost Highway Records, and hired Bill Bottrell as producer. Though it was her first time writing in a studio with a band, the players’ talent and Bottrell’s whimsy proved to be great complements to Richey’s own rule-breaking style. The resulting record was quirky, confessional, mesmerizing, and masterful. And it officially set her outside contemporary country’s bounds which was fine by Richey, whose music had always broken barriers.

A greatest hits collection dropped in 2004, buying her some time to tour, write, and make 2007’s ​Chinese Boxes​ with Giles Martin in the UK, followed by 2010’s ​Wreck Your Wheels a​nd​ 2​013’s ​Thorn in My Heart, ​both produced by Neilson Hubbard in Nashville. The latter landed her at Yep Roc Records, where she also released 2018’s ​Edgeland, made with producer Brad Jones in what she has described as the easiest recording process she’s ever had, despite working with three different tracking bands in the studio.

Through it all, Richey has worn her heart on her lyrical sleeve, revealing herself time and again. “I started writing songs because of Joni Mitchell, probably like most women songwriters of a certain age,” Richey confesses. “I loved being able to write songs because I was really super-shy. I couldn’t say things to people that I wanted to say. If I put it in a song, there was the deniability. If I ever got called on it, I could say, ‘Oh, heavens no, that’s just a song! I made that up.’”

Though she ​could​ fall back on plausible deniability, with Richey, what you hear is actually what you get. “I don’t have a lot of character songs because I’m not that good at making things up out of thin air.” Even when it comes to the main narrator of a song like Edgeland’​ s “Your Dear John,” Richey demurs with a laugh, “I do think that song is probably just another song about me and I’m pretending to be a barge worker.”

On ​Long Way Back… The Songs of Glimmer​, though, she’s not pretending to be anything or anyone she’s not, and neither are the songs. Richey and Lancio set out to make a guitar/vocal record, but the songs had something else in mind, and that something included drums by Lancio’s legendary neighbor, Aaron “the A-Train” Smith, among other things. “Once we stopped making rules about what could and could not be on the record, the songs spoke for themselves,” Richey says. “I knew all along I wanted Dan Mitchell to play flugelhorn, and the two tracks he played on are two of my favorites. In the end, the songs decided.”

From her move to Nashville to her making this record, for Kim Richey, the songs have always decided.