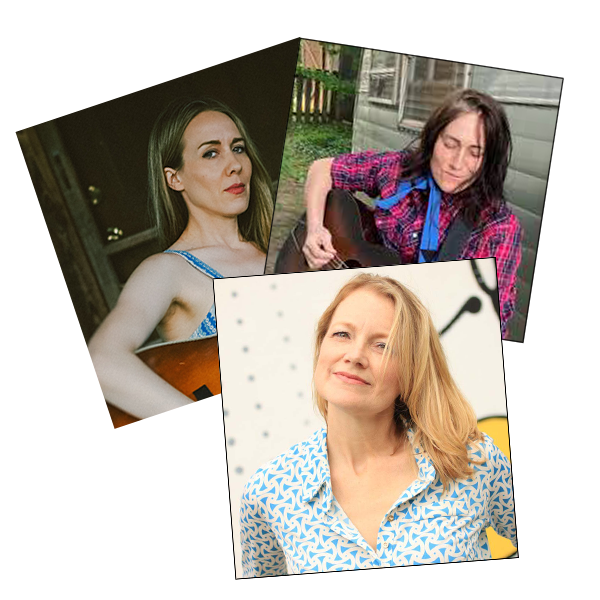 Since the release of her 1990 debut album Well Travelled Love, Austin, Texas-based singer-songwriter Kelly Willis has established herself as a country and Americana artist who represents both the new traditionalist era and alternative country.

Between incredible solo records such as 1999’s What I Deserve and collaborative records with husband Bruce Robison (2013’s Cheater’s Game and 2014’s Our Year), Willis has established a country music career built on rollicking honky-tonk and heartfelt confessionals. In 2018, Willis released Back Being Blue, her first solo album in 11 years.

Brennen Leigh is an American songwriter, guitar player, mandolin player and singer whose to-the-point storytelling style has elevated her to cult icon status in Europe, Scandinavia, across the United States, South America and the United Kingdom. Her songs have been recorded by Lee Ann Womack, Rodney Crowell, Sunny Sweeney, Charley Crockett, and many others. As renowned for her musicianship as for her writing, it’s easy to see how Leigh caught the ear of greats like Guy Clark, who colorfully endorsed her flatpicking: “Brennen Leigh plays guitar like a motherfucker,” and David Olney, who described her writing as “tender, violent, sentimental, foolish and wise, she is always Brennen. Confident and at ease with herself, without being a jerk about it.”

It’s been said that not all who wander are lost. Some of our greatest treasures have come from wandering hearts, those who are not afraid to take risks and experience what our world has to offer. On March 19th, singer/songwriter, upright bassist, and lifelong wayfarer Melissa Carper will unveil her new solo effort, Daddy’s Country Gold. This shimmering 12-song collection of original gems about love and a desire for the simple life mixes melancholy and humor and creates an irresistible pull between laughter and heartache. Having been compared by her listeners to a bluegrass Billie Holiday and a country Janis Joplin, Carper’s distinct and pure voice has reached a new strength and maturity in Daddy’s Country Gold.