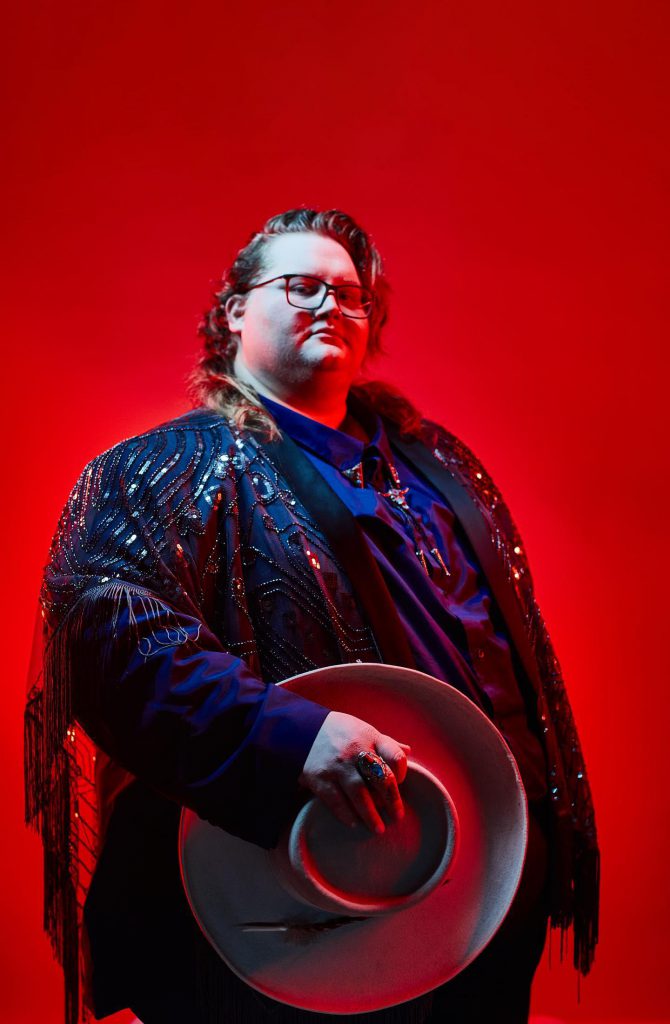 A good night out drinking can find us making best friends out of people we’ve just met, but the best nights out are the ones that catch us unexpectedly sharing our innermost feelings and secrets with a complete stranger. Those uninhibited moments of truth and vulnerability are the same ones mined by Dallas singer-songwriter Joshua Ray Walker on his debut full-length Wish You Were Here. Through his incisive songwriting, Walker faithfully captures both the highs and lows of working class living.

In 2018, Walker opened for several of Texas’ favorite acts, such as Old 97’s, Eleven Hundred Springs, Two Tons of Steel, Vandoliers and James Hand at legendary venues like The Blue Light in Lubbock, Stubbs in Austin and The Dance Hall at Luckenbach. For an average of 250 nights a year, Dallas’ classic country torchbearer shares pieces of himself with an effortless sincerity that has brought his audience to both tears and laughter – often at the same time. Told through a melodic, character-driven writing style that’s honest to a fault, Walker depicts a cast of subjects on his debut that are down but never out.

There’s the portrait of a 13-year-old lady of the streets painted in his lead single “Working Girl,” which melds an up-tempo melody with clever wordplay projecting the strengths and struggles of a young woman just “doing what she’s gotta do to get by.”

“I often unintentionally write from the perspective of characters that I dream up,” says Walker. “I can usually attribute a character to a person I’ve met, or people that I’ve known, combined with similar traits I find in myself. If it’s by poor decisions or circumstances beyond their control, I find inspiration from the downtrodden and destitute. I see myself in these characters. I use these characters to explore things about myself in songs I’d otherwise be too self-conscious to write about.”

But Wish You Were Here’s best moments come when Walker sets aside the pretense of his characters, letting down his guard on tracks like the second single, “Canyon,” to reveal his own fears, biggest insecurities and insatiable longing felt throughout his father’s ongoing battle against Stage 4 lung cancer.

“I’m a big, big man,” he sings in its gut-wrenching chorus. “Not just in size or in stature, but in terms of space that can’t be filled. I’m a bottomless canyon without a drop to spill.”

Raised on the sounds of the Smoky Mountains, Walker has been playing music since he was a small child, walking next door to his grandfather’s house — an avid bluegrass fan and novice musician himself — every day after school to listen to records together. He also learned his first banjo and guitar tunes in his grandfather’s workshop. It wasn’t long before Walker grew into a well-seasoned multi-instrumentalist by grade-school and a working musician since the age of 13.

After playing in bands throughout his teens, Walker wrote his first country song, “Fondly,” in the early morning, on Christmas Eve, 2009 — just hours after his grandfather passed away from lung cancer that had only been diagnosed two weeks prior.

“Death and disease in loved ones seems to be a common theme in my life,” Walker admits. “I think it’s given me an intense understanding of the brevity of life. Sometimes that’s what drives me to create something worthwhile, and sometimes it’s just the motivation behind my anxiety, but either way it plays a large role in my life and music.”

That’s not to say Wish You Were Here is comprised of nothing but tear-jerkers. For every “Canyon,” that lays itself bare at your feet, there’s the wry, self-deprecating humor of a “Last Call,” that jokes about it being better, at the end of the night, to just get out of the bar before the lights come on. For every “Keep,” where the discovery of an ex’s old trinkets sends the narrator over the proverbial cliff, there’s a “Love Songs,” that gives a lighthearted kiss-off to lovers past.

Recorded by John Pedigo of The O’s (Old 97’s, Vandoliers) at Dallas Audio (where Willie Nelson recorded Red Headed Stranger) and Studio B at Modern Electric Sound Recorders, Joshua Ray Walker’s debut instantly earmarks him as one of Texas’ most gifted lyricists and musicians and a major force in the songwriting community moving forward.

“Life is about timing I guess,” Walker says. “I haven’t changed my approach or work ethic in years, but people are starting to pay attention. I’m glad it took this long. If it had been possible to make my record any sooner, it wouldn’t be this record that I’m very proud we made.”