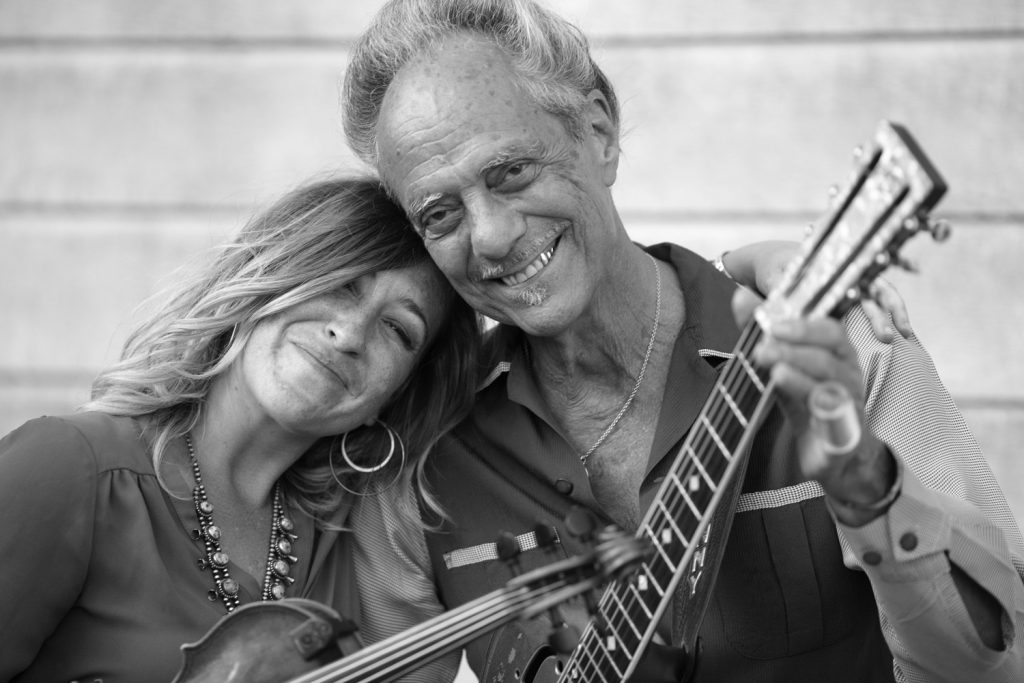 Johnny Nicholas has  spent a lifetime soaking up the flavor of such vibrant music scenes as Chicago, Southwest Louisiana and Texas (which he’s called home now for 45 years). While he is primarily thought of as a blues legend and gifted story teller, his music is full-spectrum Americana — a rich gumbo of  blues, Southwest Louisiana soul and Texas swing and  honky tonk.  His 2018 release “Too Many Bad Habits” reissue project and double vinyl package received a  2019 Grammy Nomination.

Katie Shore, originally from Fort Worth, grew up in a strong tradition of old-time fiddle tunes and Texas swing. For the last 8 years she has traveled the country and internationally as the lead fiddle player and female vocalist for the 10 time Grammy Award winning band Asleep at the Wheel, playing with artists such as Willie Nelson, George Strait, Paul Simon, James Taylor, and many others. During the pandemic she teamed up with fellow AATW alum and neighbor, Johnny Nicholas, for a dynamic duo focused on furthering roots music and original tunes steeped in tradition and folklore.

This show will showcase these musical collaborations as well as  songs from Johnny and Katie’s new album entitled  ‘The Road to Eunice’  recorded at Joel Savoy’s Eunice Louisiana studio. Original  tunes,  and favorites from their albums and live shows will round out the evening.