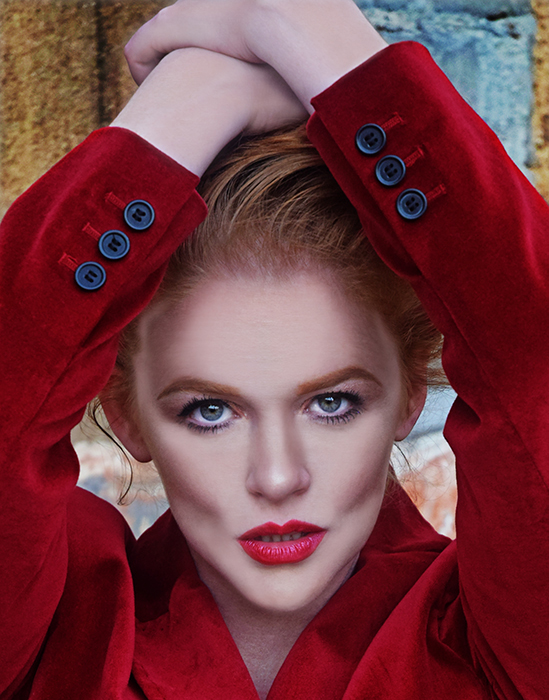 Texas native Jeska Bailey is a powerhouse musician with “honeyed, soulful vocals” (Glide Magazine) who is making a splash in the Austin music scene. the “gifted vocalist” (Austin Monthly) is known for her performances with the Guy Forsyth Band, the Hot Nut Riveters, and the Honeysuckle Rage Riders, but Jeska is a star in her own right.

Her highly-anticipated first solo release, Murderino, coming in late 2022, is a riveting look into true crime, feminism, and power struggles, packaged in a compelling blues-folk album.

No stranger to the stage, Jeska is a multi-instrumentalist, a trained opera singer, a fierce blues singer, a professional photographer and a painter. she’s appeared on American Idol, Austin’s “50th Anniversary of Woodstock” radio program, and performed the national anthem on ESPN at the Texas Motor Speedway.

Conspirators, her 2019 album with her husband, Austin legend Guy Forsyth, was heralded for its “beautiful vocals” and “shining harmonies.”

She toured that album all over the world, to great reception, and is ready to hit the stage in support of her new music.

Jeska’s love of community and her skill as a model/photographer has yielded 50,000 loyal followers on Instagram, and she is ready to turn all of those followers into music fans. a three-time cancer survivor, Jeska spent the pandemic writing, recording, plotting, helping other artists learn how to survive in a virtual world, and generally letting her creativity run wild.