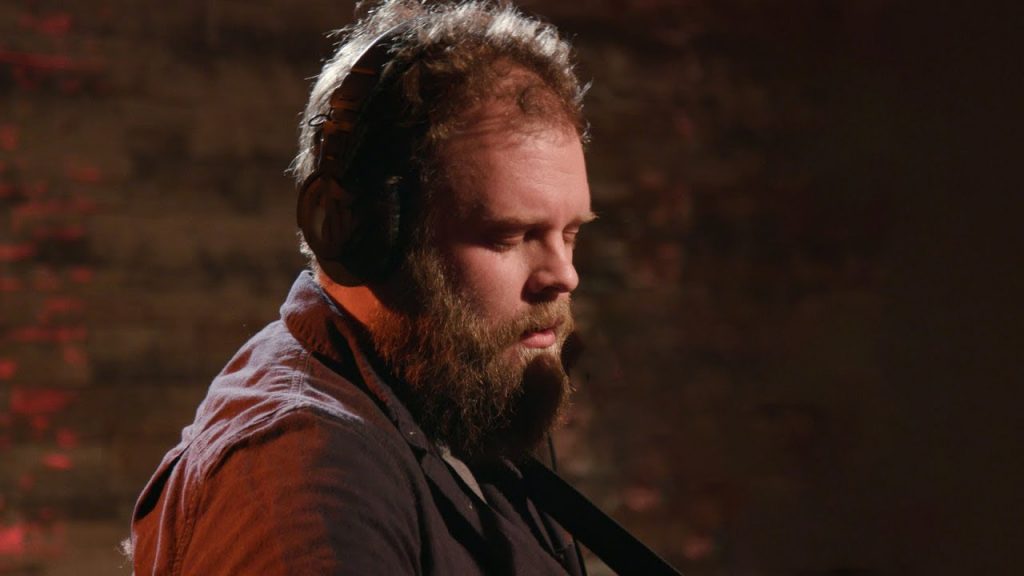 As a babe Jeffrey Martin sought out solitude as often as he could find it.  He’s always been that way, and he has never understood the whole phenomenon of smiling in pictures, although he is a very happy guy.   One night in middle school he stayed up under the covers with a flashlight and a DiscMan, listening to Reba McEntire’s ‘That’s the Night that the Lights Went Out in Georgia’ on repeat until the DiscMan ran out of batteries.  That night he became a songwriter, although he didn’t actually write a song until years later. After high school he spent a few years distracting himself from having to gather up the courage to do what he knew he had to do.

Eventually he found his way to a writing degree, and then a teaching degree.  He wrote most days like his life depended on it, all sorts of things, not just songs, but songs too.  He fell in love with teaching high school English, which was fantastic because he never thought he’d actually come to truly love it.  His students were fierce and unstoppable forces of noise and curiosity, and for all that they took from him in sleep and sense, they gave him a hundred times back in sparks and humility.

All the while he was also playing truckloads of music.  There was one weekend where he flew to LA while grading essays on the plane, played two shows, and then flew back home, still grading essays, and woke up to teach at 5 am on Monday morning.  It was around this time he started wondering if such a life was sustainable.

Alas, music, the tour life, was a constant raccoon scratching at the back door.  Jeffrey spent nights on end sitting up in bed, and then sitting on the front porch, staring off into the dark, wondering if he could bear to leave teaching to go on tour full time.  Eventually his brain caught up with what his guts had known for months.  With tears in his eyes he announced to his students that he wouldn’t be back the following year, and that he didn’t feel right hollering at them to chase their dreams at all cost if he wasn’t going to do the same.

Jeffrey Martin tours full time now.  He is always making music, and he is always coming through your town.  He misses teaching like you might miss a good old friend who you know you’ll meet again.