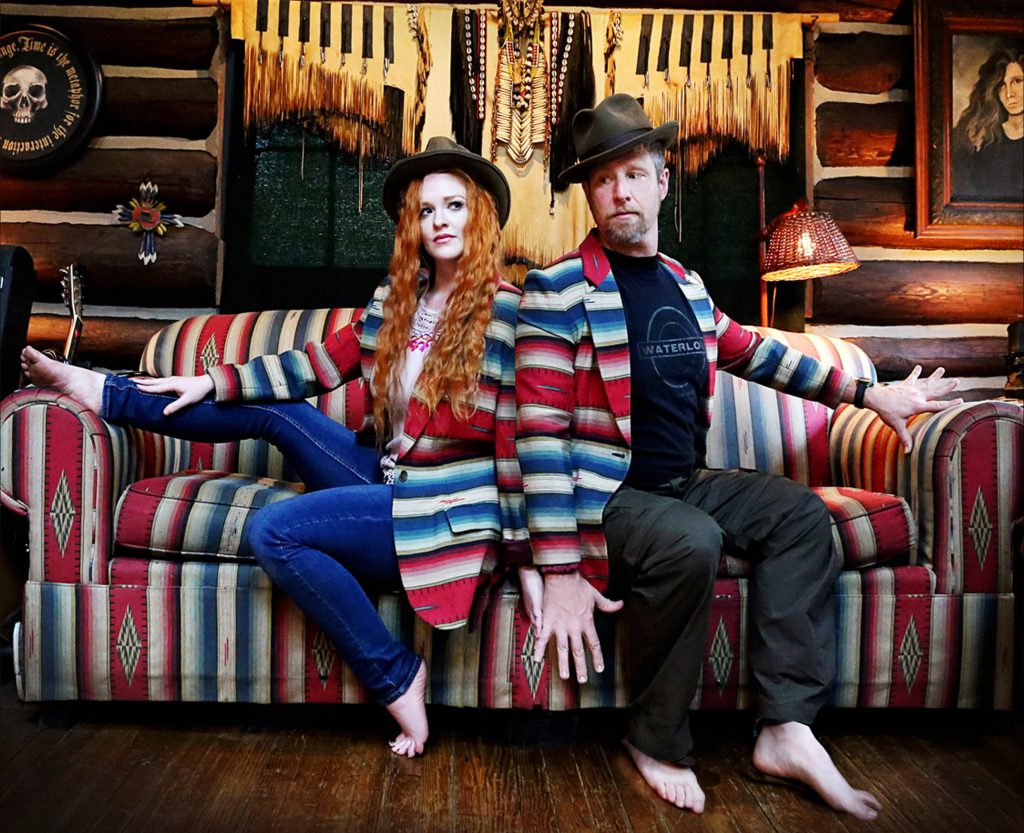 The remarkable voice of Jeska Forsyth, who married Guy early in 2018 is the Yin to Guy Forsyth’s Yang. Jeska, a singer since childhood, started performing in 3rd Grade theatre and never stopped. She once sang the National Anthem for Nascar and was accompanied by F-16 Fighter jets, and ruled the San Angelo music scene. Jeska Owned a Blues club in San Angelo named Sealy Flatts where she met her husband for the first time. Now they are co-writing material for her upcoming album, that people demand every time she sings.

The Forsyth’s duo performance is what people call “intimate” and “ breathtaking,” with Guys vocals only being lifted with Jeska singing harmony softly behind him when she isn’t leading her own tunes.

Guy is no newcomer to the stage having opened and performed with such acts as Ray Charles, Robert Cray, Dr.John, B.B. King, Jimmie Vaughan and Lucinda Williams. Guy enjoys using the duo as a fun singer songwriter situation where he can become connected on a more personal level with the audience.