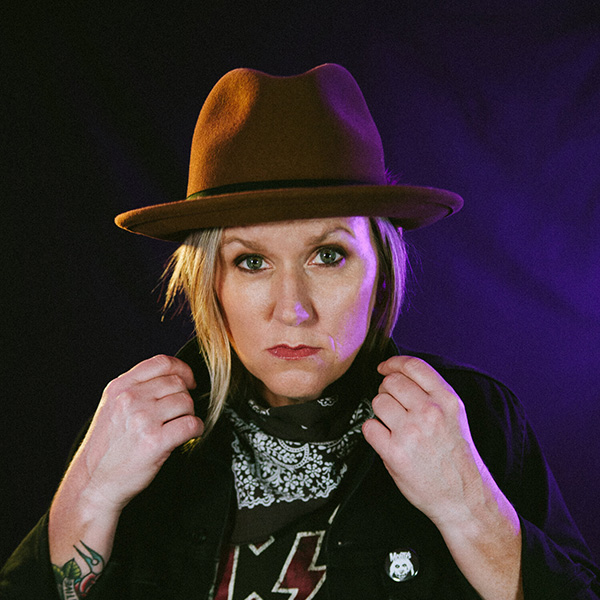 Garrison Starr thought she was done playing music. A lifetime of trauma, from her upbringing in a fundamentalist Christian household to more than two decades navigating the music industry, left her spirit broken. With her days as a major-label artist behind her, the Grammy nominated singer, songwriter, and producer was ready to pack it in.

“I could never get free from the feeling that what I had to say didn’t matter to anybody. And that I was a failure,” says Starr. “I was like, ‘You know, I’m just gonna stop trying.’ So I stopped trying and just started working on myself.”

That an artist of Starr’s caliber should feel this way seems unfathomable. She scored her first hit with 1997’s acclaimed “Superhero,” then went on to release 15 solo albums and tour with Melissa Etheridge, Mary Chapin Carpenter, and Lilith Fair. Starr’s songs appeared on countless TV shows like Grey’s Anatomy and Pretty Little Liars. She even collaborated with close friend Margaret Cho on a comedy album and podcast.

But from a young age growing up in Mississippi, Starr had a sense of self-doubt ingrained deep within her from growing up in Evangelicalism. “I can remember being a little kid and struggling with my sexuality and all these feelings that were coming up for me,” she says. “I was struggling inside. Like, this is wrong. I don’t feel supported. It doesn’t feel loving. All this talk of redemption? I don’t feel any of that sh**.”

As Starr made a name for herself as a musician in Los Angeles in the 1990s, she still found herself trying to meet others’ expectations. Pigeonholed by the narrow expectations of female singer-songwriters and never one who was afraid to speak her mind, she grew consumed by her anger. She even abandoned her first love, the acoustic guitar. “I kind of lost myself trying to work from the outside in, you know? Like, trying to figure out what people wanted from me, instead of figuring out what it is that I wanted to say,” Starr says. By the time she self-released Amateur in 2012, she was convinced her time as a performer was over.