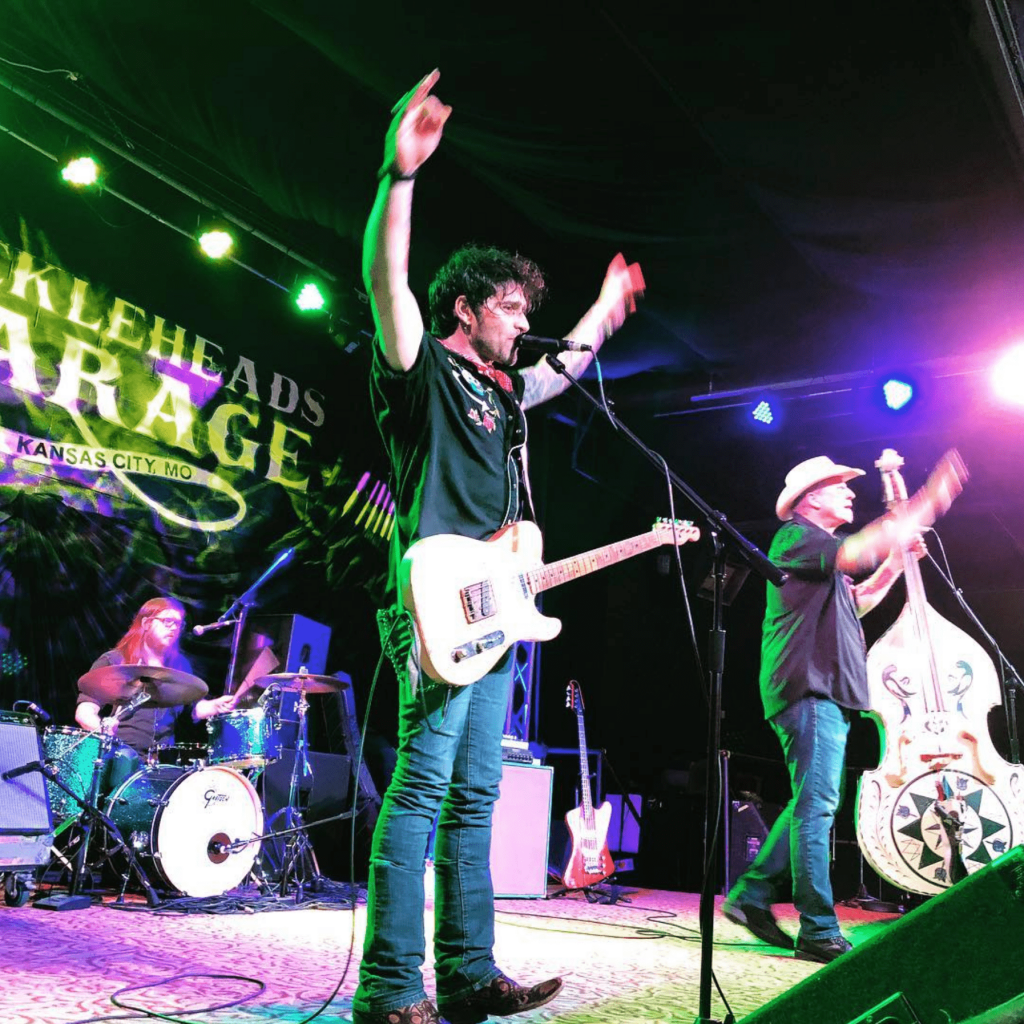 David Graham  has become known as one of Nashville’s can’t miss live entertainers over the past 8 years as frontman of the Eskimo Brothers. The honky tonk trio has honed their stage show and sound from nearly 300 shows per year and thousands of gig hours in the Music City honky tonks in a variation of high energy ensembles. When not playing their usual residencies in Nashville and Memphis, David has a steady lineup that tours throughout the United States. Mark Robertson (Legendary Shack Shakers) carries upright and electric bass duties and newcomer Kevin Finn (Casey James Prestwood) lends his talents behind the drum kit.

The band’s signature raw and rowdy delivery of American Roots music appeals to a wide audience, and much of it can be attributed to their own vast influences. Every original song has qualities that are essential to a Country melody and content, but played with the attitude that draws a Rock fan to a genre that they would usually not listen to.