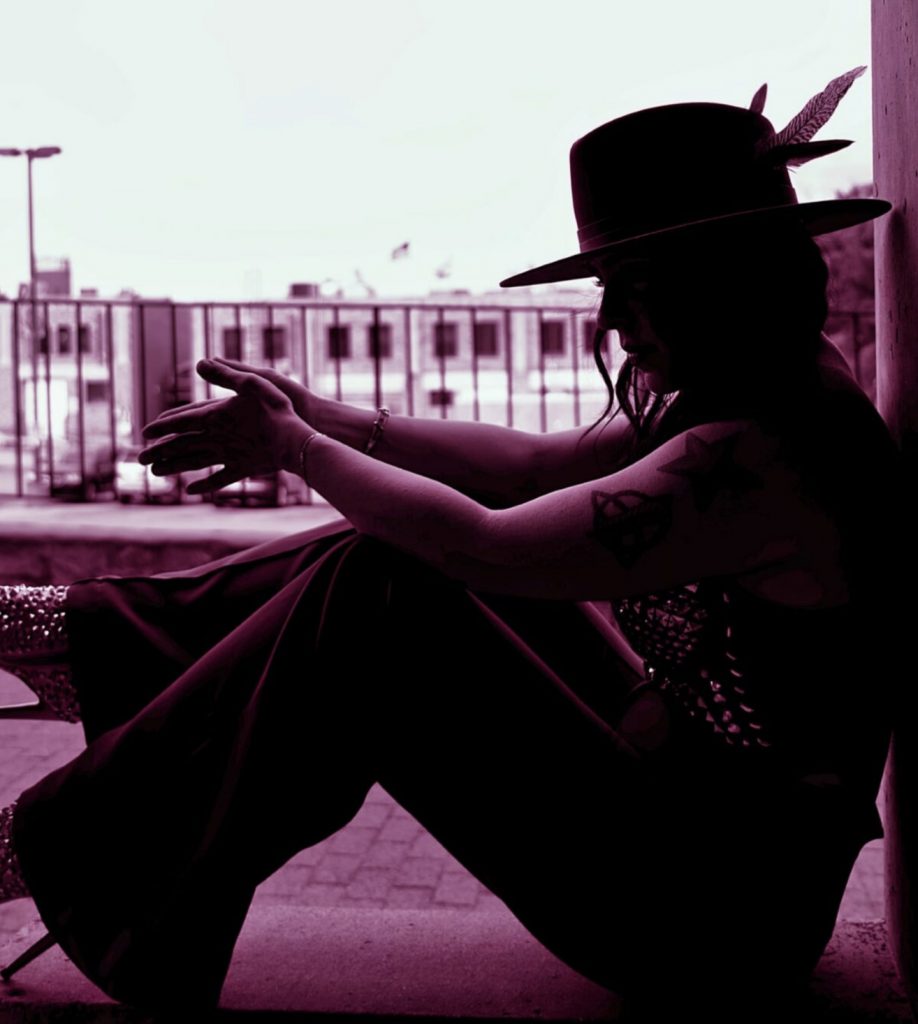 We are so excited to announce that “Cry No More” has been nominated for a Grammy for Best Contemporary Blues Album! What an honor it is to be nominated for such a prestigious award! Congratulations to all of the other nominees including our great friends, Victor Wainwright And The Train. Click here for the full list of nominations. We will see you on the red carpet in February!  – Danielle Nicole

“That girl gets down to the nitty gritty.” ~ Koko Taylor

Danielle Nicole Schnebelen began music from the moment she was born.  Musical influences from generations on both sides of her parent’s families ensured that a love of playing music would continue to be passed among her and her siblings.

Nicole began singing publicly with her parent’s bands as a youth and took ahold of her full time in her early 20s.  “My Father really loved the Blues.  He’d go to all the true Blues guys that were around in KC, specifically Little Hatch.  He’d played for Abb Locke (saxophonist for Muddy Waters) and we’d get brought along sometimes.  The pure, raw emotion relayed through the Blues was what really drew me to it.  Its history is the foundation of American Music and is THE one that must be respected and not buried as myth or legend.”

As a founding member of the “Heavy Blues” sibling band Trampled Under Foot, she and her brothers took top honors at the International Blues Challenge in the US, propelling them into Canada, Scandinavia, Europe, UK and was featured on several Legendary Rhythm & Blues Cruises. It wasn’t until 2015 that Nicole set out on her own with over a decade of touring experience in her purse with the release of “Wolf Den” recorded in New Orleans with Anders Osborne.

Nicole’s “distinctive, inventive bass work”—which resulted in her not only becoming the first woman to ever be nominated in the category of Instrumentalist ~ Bass in The Blues Foundation’s 2012 Blues Music Awards,  but also the first woman to receive the honor—”is the product of years of intensive roadwork.  Although she had no experience with the instrument when she became Trampled Under Foot’s bassist, now Nicole can’t  imagine life without it.”

Nicole’s 2017 release of “Cry No More” ushered in not only a heavier  sound and style differentiating Nicole’s already broadening voice and writing, but also accrued a slew of accolades including a 2019 Grammy Nomination for Contemporary Blues Album; 2 Blues Music Awards for Contemporary Female Artist and her second Instrumentalist ~ Bass, and 3 Independent Blue Music Awards.