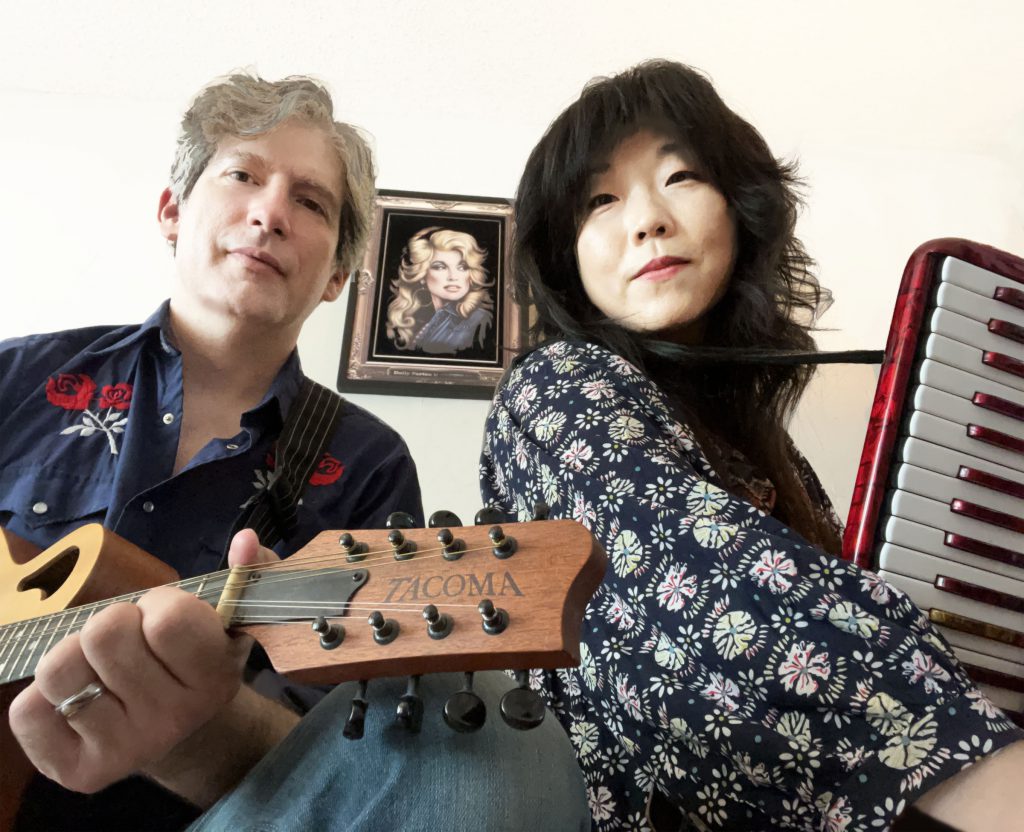 It’s the voice that gets you first.

“BettySoo may well have the most gorgeous voice in Texas …if not in all contemporary folk – its purity and strength can be downright devastating.” – ACOUSTIC GUITAR

BettySoo’s vocal prowess is a thing of wonder.  A world-class instrument of deft phrasing and purity, a voice that knows when to hold back and when to dive in.  At her own live shows, taking a verse onstage with friends or singing harmonies in sessions with Austin’s finest, BettySoo sings with consummate loveliness and self-assurance.  A voice that knows the roots of American music inside and out; coming from a most unexpected place – a diminutive Korean-American with a deceptively girl-next-door demeanor.

Then the performance reels you in.

Touring the unforgiving circuit of listening rooms, clubs and festivals, BettySoo has mastered the art of performance.  A funny anecdote sets up a song of heartbreak and need; a witty rejoinder belies the dark truths that underpin much of her work.

And that’s when you notice the songs.

They call it the live music capital of the world. Austin, Texas, is a city where the musical bar is set high.  Since exploding on the Austin scene a decade ago, BettySoo has carved out an enviable niche among the very best the city has to offer.

Colin Gilmore grew up in Lubbock, Texas, spending many nights as a child in nightclubs like Stubbs, where he witnessed songwriters like Joe Ely, Terry Allen, and his own father, Jimmie Dale Gilmore, bring the stage to life. He developed a taste for Buddy Holly, Townes Van Zandt, and bands like The Clash and The Pogues.

For 14 years, Colin has been informed by these observations, writing songs and playing under his own name. He recently performed in and wrote songs for the critically acclaimed feature film Barracuda, which premiered at SXSW Film Festival and has since had great success and distribution. He is currently working on another album with producer Richard Barone.

Colin’s second album Goodnight Lane won fans across the world and critical acclaim, including 4-star reviews in Mojo and Uncut. The songwriting style he is creating has developed over the years, emphasizing uniqueness and truth above immediate public reaction. His third release The Wild and Hollow marks a departure from Goodnight Lane, sonically and stylistically. The recordings took place in Austin and Chicago, under the direction of Rob Seidenberg and Tim Bennett, respectively. The album features two songs by Colin’s lifelong friend Johnny Walker, of Archive War and Ignorance Park. It will features a string section by Will Taylor and Strings Attached, guest vocals by Amanda Shires, Sally Allen, Julia Klee and a host of other talents. Colin has also collaborated with his Chicago-based band on the opening track “Into My Future”, which points to the way in which his travels are shaping his overall act. His tours in the US, Japan and Italy, and the crowd responses in all of them, prove that Colin has a rare gift that cuts across styles and cultures.