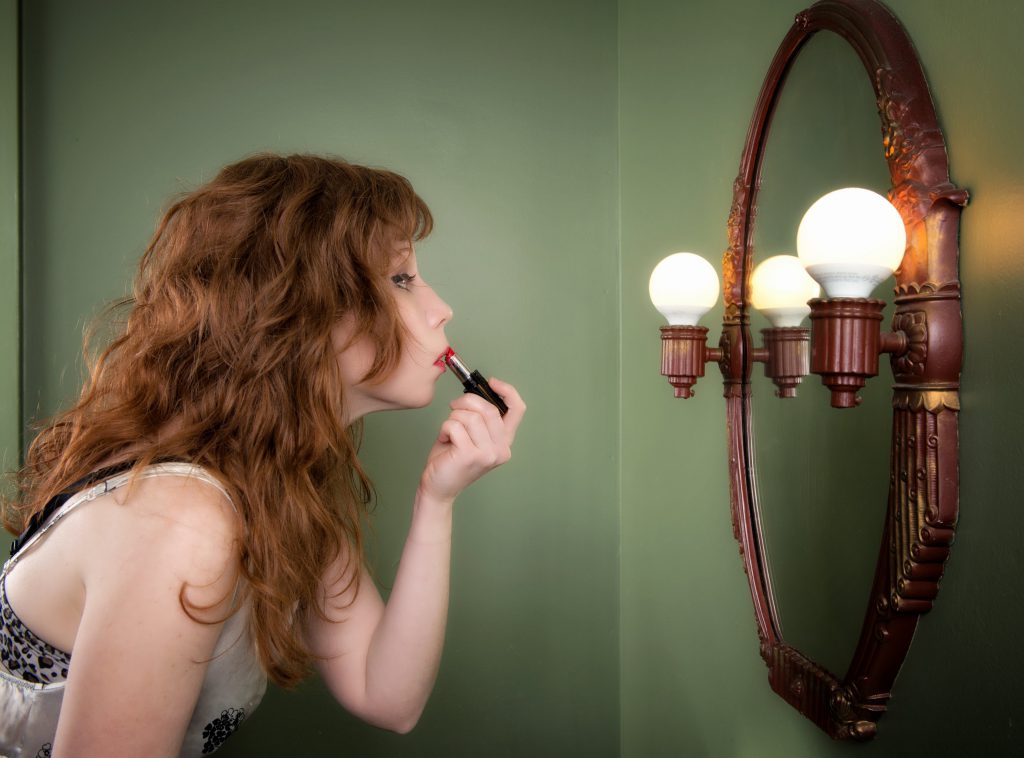 We cannot sell single tickets to our shows. Tickets are sold per table. We have tables for four or six available. Please be aware of the number of seats associated with your purchase.

“An 11-song sequence that highlights the Austin-based artist’s songwriting craft and performative charisma, Waiting on You Tonight emerges as one of 2021’s early benchmarks for Americana album of the year.” – No Depression

“With a similar Americana filter that represents her past releases as Beth Lee & The Breakups, Waiting on You Tonight carries more of Lee’s diverse influences, from her nineties love of the ethereal vocals of Hope Sandoval, to the pop-friendly melodies of sixties girl groups, the southern soul of Stax Records, and contemporary Americana of artist Nicole Atkins. Lee’s are infectious tunes, where she sounds animated in a delightful voice that’s confident and resonant with little girlish hints throughout. – Glide Magazine

“Waiting on You Tonight shows a more vulnerable side to Lee’s heartworn tales without sacrificing the fire or grit fueling the band’s sound.” – Laurie Gallardo, KUTX, Austin Music Minute

“Lee, who is based in Austin, Texas, sounds rather like Lucinda Williams, but her music also evokes new wave acts like Blondie as well as the so-called “girl groups” of the 1960s…There’s lots of attitude here—lots of ear candy, too.” Jeff Burger, Americana Highways

“Beth’s got a really cool voice. She never sounds forced, she just lets the lyrics and melodies flow naturally. The nice sparse arrangements are a perfect fit for these well-composed tunes. In addition to the title track, we’re also mighty impressed with cuts like “Playing Along,” “Pens and Needles,” “Too Little To Late,” and “All The Way.” In a world full of folks trying way too hard, Beth Lee stands out as an original artist with a unique talent.” – Babysue

An exceptionally thrilling and insightful solo album from Beth Lee, Waiting On You Tonight is a glorious affair with heart. – Liverpool Sound and Vision

“Fortunately, the record’s full band setting provide the Houston native with a tougher image than her lyrics do. They allow Lee to show her feelings without any heartache. Instead, you root for her to pump her fist in the air and say, “yeah!” She reminds me of Kathleen Edwards with a much stronger set of pipes.” – Bloggerhythms

“To select the best songs from the range of these eleven songs, we had to be very critical, but in the end it remained extremely difficult to delete even one of these tracks. Especially the first single released uptempo album title track “Waiting On You Tonight” (see video) and the wonderful ballads telling about a turbulent love affair “Playing Along”, “I Won’t Give In”, “Birthday Song”, “Four Letter Name ”And“ Understand Me ”know how to charm us immensely. The closing song “All The Way”, a song similar to the work of Hope Sandoval and her band “Mazzy Star” about a difficult but unconditional love, deserves all our appreciation.” – Rootstime

“Austin-based songwriter and guitarist Beth Lee‘s straightforward, sultry rasp determinedly cuts to the core on her new LP, Keep Your Mouth Shut. The deliciously wry humor sears through, because keeping tight-lipped is exactly what Lee is not about to do. It’s time to open up, speak out, and tell it like it is. She’s belting no-nonsense, country-fried rock ‘n’ soul piercing straight through the heart, and any ounce of heartache can take a back seat”. – Laurie Gallardo, KUTX, Austin Music Minute

“Beth Lee was born to front a country rock band…[her] ability to sing tender and vulnerable on one song, be country heartbroken on another and rock out on a third, [the breakups] can come across like Wanda Jackson & The Party Timers or early Lucinda Williams”- John Conquest, Third Coast Music Magazine