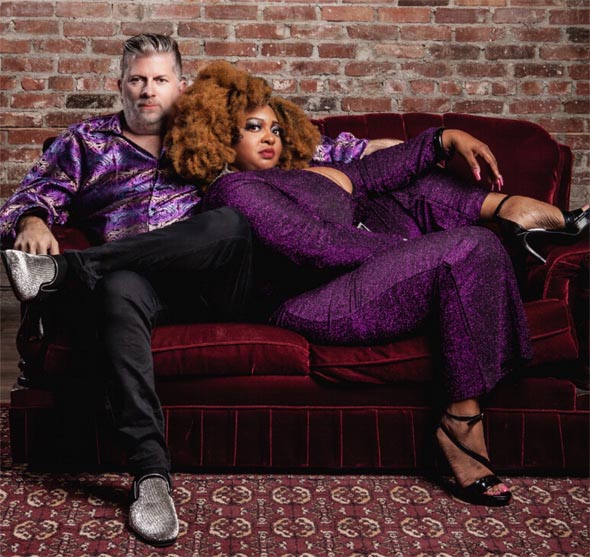 Both on stage and in private life, these two internationally acclaimed artists share incredible chemistry! Their first introduction (lasting only a few seconds) in the crowded lobby of the historic Orpheum Theatre during the 2018 International Blues Challenge in Memphis, Tennessee left a lasting impression on both of them. It was not until a year later, at a recording session during 2019 IBC that their professional acquaintance blossomed into a love affair, culminating in marriage in August of 2019! Since that time, renowned Canadian Blues-Rocker Paul DesLauriers and acclaimed American Soul-Blues singer Annika Chambers have unified their artistic destiny, much to the joy of everyone who’s had the pleasure of hearing and seeing them together!