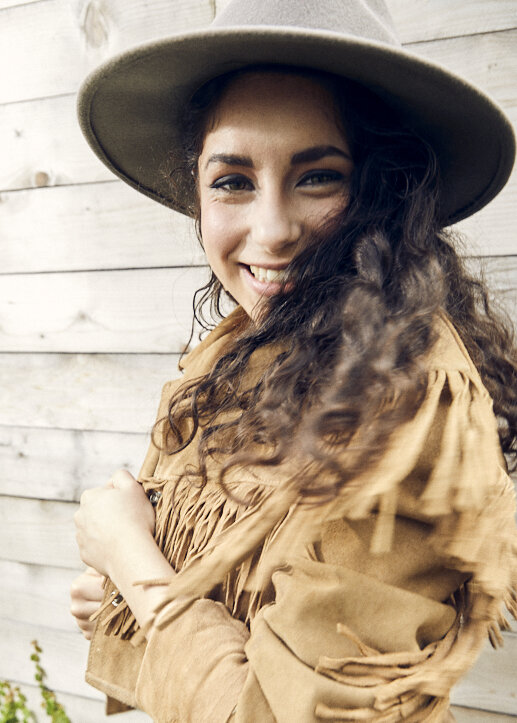 Amanda Pascali and the Family

Renaissance woman and singer/songwriter, Amanda Pascali was born in Queens, New York and is based in Houston, Texas. Amanda’s Immigrant American Folk Music showcases her traditional influences, but she is no copy of anyone. As the daughter of an Eastern European refugee with Sicilian heritage, Amanda writes with a sincerity which shows us that home is truly where the heart is.

Amanda’s music tells the story of a girl, transplanted from the Corona and Forrest Hills neighborhoods of New York City to the center of Houston, Texas. With a father who was thrown out of his home country for rebelling against the government, Amanda was driven from a young age to be a messenger of her family’s stories and diaspora. Her words tell of her experiences growing up in the light of her family’s compelling memoirs and the grave semblance to the plight of refugees today.

In 2016, Amanda recorded a solo, self-titled EP which she released before forming her group- Amanda Pascali and The Family. The Family consists of bass player James Richardson, and violinist Addison Freeman who is classically trained and experientially tempered to the folk tradition. The trio’s debut, full-length album “Still It Moves” is a tribute to Italian revolutionary Galileo Galilei, and a collection of songs dedicated to all things true, “whether or not we want them to be”. Following the album release, Amanda was selected as a finalist in the 2019 Kerrville Folk Festival New Folk Competition for Emerging Songwriters.

Accompanied by her family, blood related or not, Amanda Pascali has released music and performed internationally, including packed houses in Italy, Romania, and the United States. Her art is inspired by the love story of her parents as working-class immigrants in the 1980s as well as the stories of first-generation Americans throughout the United States. Her music is consistently carried by the one thing that joins both love and revolution: great passion. In addition to trekking beyond the Arctic Circle and setting sail aboard scientific research ships as an aspiring explorer, she travels the eastern hemisphere piecing together the stories of her family and documenting them in song. Amanda’s music, now coined Immigrant American Folk, delivers a powerful narrative on being “too foreign for here, too foreign for home, and never enough for both.”